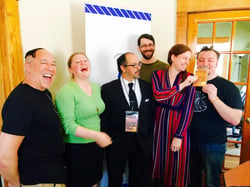 Segment 1: Angela & Ginny join SBW again, but this time as team members of McCallum’s film for the CAFF’s Fortnight competition being held this Sunday April 15th, beginning at 11:00am.  Both first timers on the Fortnight comp, the ladies share their experiences and working on the “two-week” project entitled “ Breaking Wheel”, a Rebel Pictures film. DeGarmo and Hargrove just competed in the Grand Rapids 36- hour Challenge and have taken in a great deal of lessons learned from that experience and brought it to the table with 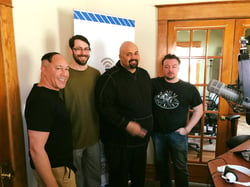 Segment 2: Craig Derek Jones is a man who found his niche and passion for filmmaking around four years ago, and with this creative energy he has become an award-winning artist. He has worked in live television, film, and radio. This year, Jones turned in a family project with his three children having positions on the film and his eleven-year old son especially was an important to the film short because he also co-wrote with his dad.

A writer, director, cinematographer, editor, music composer, and he even does voice over acting, Jones’ career his in position to soar to all kinds of year

Segment 3: Dan Kofoed is a past guest of SBW when he first appeared the Founder and Director of the Threadbare Mitten Film Festival based in Charlotte, MI. The TMFF heads into its 2nd season next month. Kofoed’s experience as an independent filmmaker and videographer based in Lansing’s REO Town has brought him to this year Fortnight with his own film. Kofoed shares insight, passion and vision with regards to making a short film and its purpose for the crew and actors.

Segment 4: Scott Baisden is a renaissance man in the entertainment industry. He has a humbling approach to being such a success! Baisden is an award winning, filmmaker, writer, director, editor, cinematographer, VFX and make-up artist, graphic designer, soon to be educator and a fantastic storyteller. The show takes a special turn as Baisden raised the bar when he shares his passionately and lovingly examples of why the art matters in the process of making something that is a lasting imprint of a voice, a thought, a story, a do it, attitude! 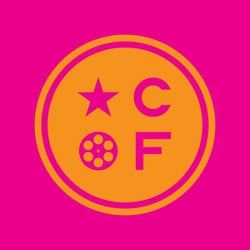 Segment 5: Actor Richard L. Barnes is also a former guest of SBW and he brings his voice from Detroit to talk about his latest project with McCallum and the Grand Rapids Film Festival also happening this week. Barnes is an actor who was asked to participate in McCallum’s film and he had no idea what the project was about. That as an actor was his how to approach the character without much time to give the performance a background. Instead, he chose to work with it.

Segment 6: Collectively, the group hangs around with the exception of Craig Derek Jones. We discuss advice, filmmaking, why you should “Do it!” and how the rewarding the making of movies is when you plan, communicate, and make something you are proud to share with the rest of the world.

You can find everyone on Social Media at: Facebook.

CCFF presents the Fortnight Film Contest – a competition for filmmakers in Michigan – in conjunction with the festival! Come see the top 13 films made as part of the 2018 contest as determined by a wide panel of judges. More than $5,000 in cash prizes will be awarded!

FORTNIGHT FILM CONTEST: THE NEXT 13 [SCREENING]

Join us for a special screening of some 2018 Fortnight Film Contest entries! These shorts didn't make the cut for the top 13, but they're still pretty darn awesome.

The Fortnight artist share insight on making films, the reasons they want to continue making films and where you can reach out to them about working together.

They all sum up advice on what advice they have to students of film. How each of them works through the process and how it’s important to just “DO IT” Catch their films at this years 8th Annual Capital City Film Festival’s Fortnight presentations Sunday, April 15th beginning 11:00am at locations: LANSING PUBLIC MEDIA CENTER &  4:30pm at: HOTWATER WORKS WAREHOUSE