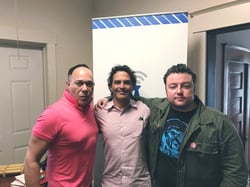 With over 250 shows, Show Biz Weekly has met some fascinating people from all over the world, but one of our greatest interviews has to be with Mr. Jerry Norris who founded “The Fledge”, opening Tuesday, May 15th. Norris is one of those people that you never, ever, forget. A man of successful experiences, Norris decided that he and his now more silent partner, decided to open the doors to an incubator without doors of separation either mentally or physically. It’s a place where agility is accepted, but not required. It blends with accelerating creative competitions based on a paradigm of innovation, and combines many, with skills they may know or not.

A young bird that has just grown the feathers needed to fly and is capable of surviving outside the nest. 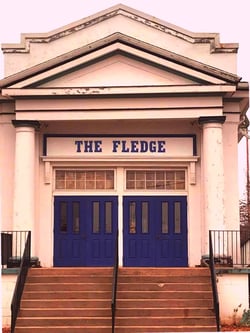 Norris is completing the work on the renovations, and updates, but not alone he has volunteers from The Fledge, Fledglings. This all began in Grand Ledge. The Grand Ledge Fledge journey found itself filled with shared ideas and gifts that has blown the minds of young and the old so far. That location was open for 3 years and people would travel 25 miles just to be a part of what The Fledge. The east side was calling and Norris listened.

“I met a kid, just yesterday and he was in trouble with upcoming court appearances, he’s already changing what he wants to do because he saw he could be at a place where he wouldn’t be judged for his mistakes, but openly encouraged to seek out his or her passion in technology, painting, business, spoken word or so much more.” In addition, the fledge will feature a young artist Jaxon Kolhoff who happens to be one of Taylor’s models signed to his management company. “Jaxon is iconoclastic of what “The Fledge” is all about, and we are thrilled to be a part of the opening!

Tune or stream in for these special segments featured on our show about this fascinating place. Plus make sure you try to attend the grand opening of this outstanding community of cultural gifts being exchanged with everyone and of all ages. Featuring at the opening: Spoken Word, Mayor Shore, and local artist Jaxon Kolhoff!

I have a feeling The Fledge will be known all over the world one day, as a part of your own community my friends...