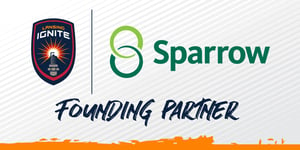 LANSING, Mich. – Lansing Ignite FC has announced March 1st, that Sparrow Health System will be a founding partner of the professional soccer team ahead of its inaugural 2019 season. Sparrow, Mid-Michigan’s premier healthcare organization, becomes the title sponsor of the Capital Cup, scheduled for April 16, and will be the presenting digital broadcast sponsor for all LIFC home matches broadcasted nationally on ESPN+.

“It’s an honor to have Sparrow join our family of founding partners for the 2019 season,” LIFC President Nick Grueser said. “The support and care that Sparrow provides for the community of Lansing and the region is paramount, and so we’re thrilled to be partners with such an important member of the city.”

In addition to being the presenting sponsor of LIFC’s digital broadcast, the partnership will be represented via in-stadium field boards and advertising and signage in and around Cooley Law School Stadium.

Also, in celebration of Sparrow serving as the title sponsor of the Capital Cup, an annual competition between the USL League One club and the Michigan State men’s soccer team, the first 1,000 fans to arrive at Cooley Law School Stadium on April 16 will receive a one-of-a-kind scarf, presented by Sparrow. Kickoff is scheduled for 7 p.m. ET. 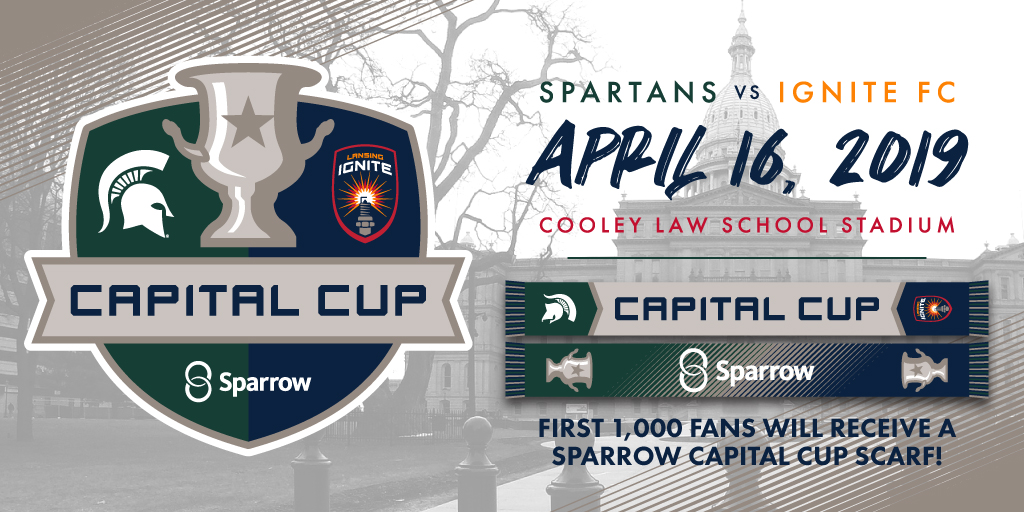 “We are excited to be a part of Lansing Ignite FC’s opening season and look forward to many years of success on and off the field,” said Tom Bres, Sparrow Senior Vice President and Chief Administrative Officer. “Sparrow is Lansing’s hometown healthcare team and healthcare leader, so it’s a natural fit for us to be a founding partner with Lansing’s new hometown soccer team.”

LIFC kicks off its USL League One campaign against the Richmond Kickers in Richmond, Virginia, on March 30 and against Greenville Triumph SC in Greenville, South Carolina, on April 6. The team will then return home to prepare for its week-long, home-opening celebration. LIFC will hold a celebration in downtown Lansing ahead of the team’s first League One match at Cooley Law School Stadium against the Kickers on April 13, and the celebration of soccer in the Michigan capital will continue three days later when LIFC faces off against the Spartans in the Capital Cup.

About Lansing Ignite FC
Founded in 2018, Lansing Ignite FC is led by Majority Owner Tom Dickson, President Nick Grueser and Vice President and General Manager Jeremy Sampson. LIFC is preparing to kick off its first season as a professional club in USL League One, the foundation of professional soccer in the United States. LIFC will begin its League One campaign against the Richmond Kickers in Richmond, Virginia, on March 30, while the team will host its home opener against the Kickers at 7 p.m. ET on April 13. For more information on Ignite FC, visit www.lansingignite.com or follow the team on Twitter, Facebook and Instagram.

About Sparrow Health System
Sparrow, a member of the prestigious Mayo Clinic Care Network, is the region’s largest private employer and includes hospitals in Lansing, St. Johns, Ionia and Carson City, as well as Physicians Health Plan, Sparrow Care Network, Sparrow Medical Group and the Michigan Athletic Club. Sparrow is affiliated with Michigan State University’s three human health colleges. Through these partnerships and the dedication of our 10,000 Caregivers, Sparrow pursues a vision to be nationally recognized as a leader in quality and Patient experience. For more information, visit Sparrow.org.