LANSING, Mich., June 20, 2019 - The Michigan Bankers Association (MBA) announces the election of Jeanne Richter, President and CFO, Farmers state bank of Munith, as chairman of the Board of Directors. Richter is the third woman to lead the organization. 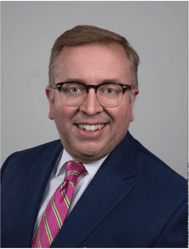 "Jeanne is an accomplished business leader and an experienced board member” stated T. Rann Paynter, President and CEO, MBA. “She will add great value to our board of directors and the Michigan banking industry will benefit from her understanding the financial system combined with years of community banking experience.”

Ms. Richter joined Farmers State Bank of Munith in 2000 as Financial Officer progressing to Executive Vice President and Chief Financial Officer in 2002. In 2005 she was elected to the Board of Directors and was named President in 2009. Jeanne began her career in the banking and financial industry as an Examiner for the North Dakota Department of Banking after graduating from North Dakota State University. During her 9-year tenure as an examiner she was also an instructor for the Conference of State Bank Supervisors (CSBS).

“It is an honor and a privilege to step into the role of chair” said Jeanne Richter, President & CFO, Farmers State Bank of Munith. “I will strive to lead the MBA in the exemplary manner the men and women before me have. I look forward to visiting banks, learning from bankers what the MBA can and should do, and working together to build a brighter future.”

Jeanne has been involved in a variety of positions in the financial industry outside of Farmers State Bank demonstrating her commitment to community banking. She serves on the MBA Internal Audit Committee and was Chair of the MBA Compliance Committee. Richter served on the Board of Directors of the MBA Service Corporation from 2011-2014. She was elected to the MBA Board of Directors in 2013 and was elected to the MBA Executive Committee in 2017.

Richter completed a three-year term on the DIFS Commissioner’s Bank Advisory Council (2012-2015). She was appointed by Governor Rick Snyder in 2011 to the Office of Regulatory Reinvention (ORR) Insurance and Finance Advisory Rules Committee, which was responsible for producing advisory recommendations to the ORR for changes to Michigan’s existing regulatory climate.

She has been active in Stockbridge Community Schools Homework Help, a program sponsored by the bank to assist students after school hours with homework and learning.