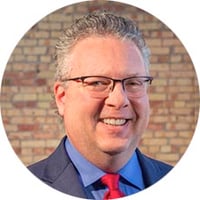 “LEAP’s continued investment and effort to infuse permanent public art across the region is an economic development strategy to improve place, attracting and keeping the best talent and business in the world—and we can see it paying off,” said Bob Trezise, President and CEO of LEAP. “In economic development, we often use the phrase ‘changing the skyline’ to communicate tangible evidence of our efforts to develop stronger downtowns and community spaces. This project does that in a most profound way. Anyone visiting the City of Lansing can see and will be attracted to this visually arresting tower.”

The new mural is a great addition to the collection of 35 permanent public art pieces located throughout the Lansing region as a result of LEAP’s strategic placemaking investments, efforts which are strengthened with support from the PNC Foundation’s annual contribution of $10,000. Since 2012, the PAFC program has invested $240,000 in permanent public art throughout the region.

Though portions of the mural have been installed and visible for a couple of weeks, LEAP was joined by the City of Lansing, the PNC Foundation and regional placemaking advocates, to officially unveil the mural as final steps toward installation began Monday. 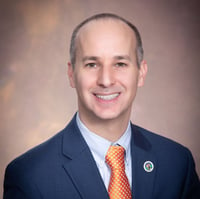 be and can see themselves working and living. We have a new Arts Commission working on several efforts to increase our public art, and I am excited that LEAP worked with DLI to fund this new mural to show color and vibrancy in our downtown,” said Lansing Mayor Andy Schor.

Downtown Lansing, Inc. (DLI) applied for and received a LEAP Public Art for Communities grant in partnership with the City of Lansing in 2018. “Let Me In” was then chosen from a pool of other great options by a DLI design committee. Bruce Mackley, a local artist and marketing director at Lansing Community College, designed the mural seeking to inspire awareness of both the intersections and boundaries that define and unite community. In Mackley’s words, “Divided yet unified, Let Me In expresses a collective self-awareness whose strength is defined by cultural convergence, and whose imagination, idea or belief is realized through passion and curiosity.”

Weather pending, installation by Skyline Outdoor should be completed by Wednesday, July 3—just in time to welcome crowds to downtown Lansing as they celebrate the July Fourth holiday.

Earlier this year, the City of Grand Ledge, the City of Lansing in partnership with Peckham, Inc., and the City of St. Johns were each awarded with $10,000 from LEAP as the 2019 Public Art for Communities grant recipients. Using the grant funds, each community will advance permanent public art projects, all of which are expected to be unveiled by Oct. 31, 2019.

About the PNC Foundation
The PNC Foundation, which receives its principal funding from The PNC Financial Services Group (www.pnc.com), actively supports organizations that provide services for the benefit of communities in which it has a significant presence. The foundation focuses its philanthropic mission on early childhood education and community and economic development, which includes the arts and culture. Through Grow Up Great®, its signature cause that began in 2004, PNC has created a multi year initiative to help prepare children from birth to age 5 for success in school and life. To learn more about PNC Grow Up Great, please go to www.pncgrowupgreat.com.