Implications of Moving the U.S. Embassy in Israel to Jerusalem 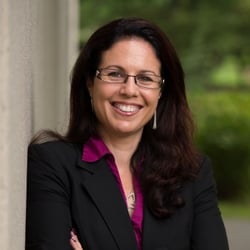 Hosted by Tomas Hult, this segment of the globalEDGE Business Beat is an interview with Ayalla Ruvio, a faculty in the Broad College of Business at Michigan State University.

Tomas Hult is Professor and Byington Endowed Chair in the Eli Broad College of Business at Michigan State University. Dr. Ruvio is an applied consumer behavior researcher who focuses on issues such as identity and consumption, material vs. experiential consumption, consumer arrogance, and cross-cultural consumer behavior.

Dr. Ruvio is a native of Israel, and a true expert on cross-cultural understanding and the Israeli-U.S. partnership. As a background, in December 2017, President Donald Trump recognized Jerusalem as the capital of Israel and said he intends to move the U.S. Embassy from Tel Aviv, where it has been located since 1966, to Jerusalem. Technically, President Trump is implementing the Jerusalem Embassy Act of 1995, which is a public law of the United States passed by the 104th Congress on October 23, 1995. However, all presidents before Trump deferred the move of the Embassy from Tel Aviv to Jerusalem on global security grounds.

The relocation process is expected to take around 4 years. Ayalla shares her input regarding the general sentiment among people and politicians in Israel regarding President Trump’s decision to move the U.S. Embassy and potential implications of the negative sentiment around much of the globe about the impending move. Dr. Ruvio also addresses the ongoing Israeli–Palestinian conflict, a struggle between Israelis and Palestinians that began in the mid-20th century. The origins to the conflict can be traced back to Jewish immigration, and sectarian conflict in Palestine between Jews and Arabs. Some have referred to the conflict as the world's "most intractable conflict.”