Okemos, Michigan—Delta Dental of Michigan, Ohio, and Indiana has hired Kush Shaqiri as vice president of government programs. He began in the role August 12.

Shaqiri will be responsible for the general management of the company’s government programs, which covers more than 1.2 million people.

Shaqiri has eight years of experience in the health care industry, most recently serving as Vice President of Market Strategy and Operations in Medicare for Highmark Health in Pittsburgh, a national health and wellness organization. 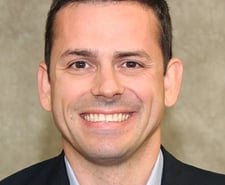 Prior to his role at Highmark Health, Shaqiri was corporate strategy manager and director of Medicare at Blue Cross Blue Shield of Michigan where he advised senior leadership through Medicare expansion.

“Delta Dental has demonstrated a strong commitment to government programs and I look forward to continuing our mission of expanding access and improving quality of care along with our partners,” Shaqiri said.

He earned his bachelor’s degree in economics and political science from Wayne State University and his master’s of business administration degree from the University of Michigan.

Shaqiri lives in Grosse Pointe Park with his wife and two children.