AAA | Thanksgiving Gas Prices To Be Lowest In Two Years 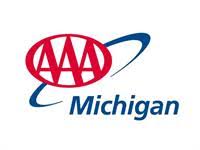 DEARBORN, Mich., (November 19, 2018) — Oil prices hit a new low last week, further fueling the plunge at the pump. Gas prices in Michigan dropped another 12 cents last week. At $2.49 per gallon, the state average is the lowest since February, and only 7 cents more than this year's lowest daily average price of $2.42/g.

Motorists in Metro Detroit also saw deep discounts last week. The average price of $2.55/g is down 12 cents on the week, and the lowest daily average since March. Detroit gas prices remain about 10 cents more than the lowest average price of the year ($2.44).

Michiganders will find the lowest Thanksgiving gas prices in two years. AAA forecasts more than 1.7 million Michigan residents will travel this week. Of those, nearly 1.6 million will drive. By Thanksgiving Day, the state average should drop to $2.45/g, and $2.50/g in Metro Detroit. Compared to last year's holiday, that would be a discount of 12 cents and 11 cents respectively.

"Michiganians can be thankful for strong oil production and global supplies, which have set the table for some of the lowest gas prices of the year," said Nancy Cain, spokesperson, AAA - The Auto Club Group. "Michigan's average price should carve-off another 5 cents before Thanksgiving. However, there is potential for upward pressure on gas prices to return soon, depending on how markets respond to possible OPEC oil production cuts and sanctions against Iranian oil exports."

Motorists are beginning to find Sub-$2 gasoline at various filling stations in states with low gas taxes like Tennessee, Alabama, and Louisiana. However, there are currently zero states where the average price is anywhere near $1.99 per gallon. Oil prices would have to drop another $10-$15 per barrel, for sub-$2 gasoline to be prevalent. The state with the lowest average price in the country today is Missouri ($2.28/g).

CURRENT AND PAST PRICE AVERAGES

Gas Price Survey Methodology
Every day up to 130,000 stations in the nation and more than 4,200 stations in Michigan are surveyed based on credit card swipes and direct feeds in cooperation with the Oil Price Information Service (OPIS) and Wright Express for unmatched statistical reliability. All average retail prices in this report are for a gallon of regular, unleaded gasoline.

About AAA - The Auto Club Group
AAA in Michigan celebrated its 100th Anniversary - A Century of Service in 2016 and has over 1.4 million members across the state. It is part of The Auto Club Group (ACG).  Connect with us on Facebookand LinkedIn.

About AAA - The Auto Club Group

AAA in Michigan celebrated its 100th Anniversary - A Century of Service in 2016 and has over 1.4 million members across the state. It is part of The Auto Club Group (ACG). Connect with us on Facebook and LinkedIn.

The Auto Club Group (ACG) is the second largest AAA club in North America. ACG and its affiliates provide membership, insurance, financial services and travel offerings to over 9.6 million members across eleven states and two U.S. territories including Florida, Georgia, Iowa, Michigan, Nebraska, North Dakota, Tennessee, Wisconsin, Puerto Rico and the U.S. Virgin Islands; most of Illinois and Minnesota; and a portion of Indiana. ACG belongs to the national AAA federation with more than 59 million members in the United States and Canada and whose mission includes protecting and advancing freedom of mobility and improving traffic safety. Motorists can map a route, identify gas prices, find discounts, book a hotel, and access AAA roadside assistance with the AAA Mobile app for iPhone, iPad and Android. Learn more at AAA.com/mobile. Visit AAA on the Internet at AAA.com.