The Right Place supports the creation of 281 jobs and $113.8m in capital investment in West Michigan.

Several job announcements across Michigan have been bundled together by the MEDC. Below is information on 4 that involve West Michigan and which The Right Place played a role. In total, these 4 companies will create 281 jobs and invest $113.8 million in West Michigan 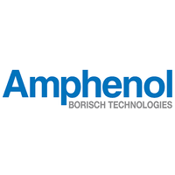 The Right Place, Inc., in collaboration with the City of Kentwood, announced that Amphenol Borisch Technologies (ABT) is investing $3.7 million to expand its operations in Kentwood. As a result, the company, based at 4511 East Paris Avenue in Kentwood, will add 82 jobs at its headquarters campus.

The company plans to renovate portions of its existing facility and purchase new machinery and equipment that will assist with its diversified growth.

“Amphenol is proud to be reinvesting in West Michigan with this expansion,” said Bob Brunetz, general manager, Amphenol Borisch Technologies. “With the support of The Right Place and the MEDC, we were able to make this project happen right here in Kentwood.”

The Right Place worked in collaboration with the company, Kentwood and the MEDC to ensure ABT continues to expand its headquarters operations in the city.  The MEDC is supporting the project with the approval of a $410,000 Michigan Business Development Program performance-based grant.

“The Right Place is very pleased to have partnered with Kentwood and the MEDC to ensure ABT’s growth in the region,” said Eric Icard, senior business development manager, and project lead. “This investment is another win for West Michigan’s robust aerospace and defense industries.”

“The City of Kentwood is delighted for ABT’s expansion and further investment in the community,” Kentwood Mayor Stephen Kepley said. “We look forward to ABT’s continued success in the market.”

DealerOn has recently experienced increased demand for its services, including a new contract with Ford Motor Company. This growth led them to choose Grand Rapids for the company’s next phase of development.

"When we started exploring options for expanding our offices in Grand Rapids, Michigan, we were immediately impressed with the community's commitment and partnership with DealerOn,” said Amir Amirrezvani, co-founder and executive vice president, DealerOn. “Copper Rock Construction, The Right Place, and the MEDC were instrumental in bringing our ideas to fruition, and we are thrilled to be working with such excellent partners!"

The MEDC is supporting the expansion with the approval of a $300,000 Michigan Business Development Program performance-based grant.

The City of Grand Rapids is supportive of DealerOn’s plans to expand in the city.

“We are pleased DealerOn has chosen the City of Grand Rapids for its next expansion,” said Kara Wood, managing director of economic development services, City of Grand Rapids. “We look forward to their continued success as they create jobs and tap into our community’s growing technology workforce.”

The Right Place, Inc., in collaboration with the MEDC and the City of Grand Rapids, announced that Grand Rapids-based Grand River Aseptic Manufacturing, Inc. (GRAM) will be expanding to a new location at 524 Butterworth St. SW in Grand Rapids. This expansion will result in the creation of 107 new jobs and a capital investment of $60 million.

GRAM was founded in 2010 and purchased the assets of its predecessor company, a joint venture between the Van Andel Institute and Grand Valley State University. As a privately held company, GRAM provides high-quality, outsourced sterile parenteral manufacturing for the life sciences industry. Its services include pharmaceutical development and manufacturing, analytical testing and regulatory filing support.

Now surpassing well over 100 full-time employees, GRAM initially started with a team of 16 in 2011. The company has seen substantial growth over the years, largely due to the rapidly growing aseptic manufacturing market and GRAM’s commitment to quality. In 2017 and 2018, GRAM was named as one of the fastest growing private companies in the U.S., and the seventh fastest growing company in Michigan by Inc. 5000.

GRAM has two Grand Rapids locations at 140 Front Ave. SW and 837 Godfrey Ave. SW. Both of its current facilities are near capacity, and with projected continued growth and the possibility of expanding the scope of its operations. The new 62,400 square foot building on Butterworth Street will house additional production space, with state-of-the-art pharmaceutical manufacturing and packaging and allow GRAM to increase its automation capabilities.

“Since 2010, Grand River Aseptic Manufacturing has been closely linked to the Grand Rapids community,” said Thomas Ross, president and CEO, Grand River Aseptic Manufacturing, Inc., “We have been able to put together a team of highly-skilled, dedicated individuals, which has been critical to maintaining our reputation of providing excellent quality and service to our clients. We are thankful The Right Place and their partners at the MEDC and City of Grand Rapids made it possible for us to continue growing in West Michigan.”

The company considered several other facilities in surrounding states before deciding on a third Grand Rapids location. The Right Place worked in collaboration with GRAM and the MEDC to ensure the company continued its growth in the region. The Right Place also connected GRAM to workforce development resources at West Michigan Works! to assist with worker training.

The MEDC is supporting the expansion effort with the approval of a $1,000,000 Michigan Business Development Program performance-based grant. The expansion will also be supported locally by a P.A. 198 tax abatement from the City of Grand Rapids.

“Grand River Aseptic Manufacturing serves as a high-quality option for clients with a growing need for these services,” said Eric Icard, Senior business development manager and project lead, “We continue to see the important role pharmaceutical manufacturing plays in the West Michigan economy, and this is a perfect example of the kind of growth opportunities this industry brings to our region.”

City of Grand Rapids managing director of economic development services, Kara Wood, is also thrilled with the company’s choice to continue expanding in the City, “Grand River Aseptic Manufacturing’s decision to develop a third facility in the City of Grand Rapids is a nod to the capabilities of our workforce, and the strong business environment that allows pharmaceutical manufacturing to thrive in our community,” said Wood.

The Right Place, Inc. and the Newaygo County economic development advisory committee, in collaboration with the MEDC and the City of Newaygo, announced that Magna Mirrors Newaygo will expand its operations at 700 South Park Avenue, Newaygo, MI, 49337. The company will invest $45 million and create 48 new jobs over the next three years.

Magna is a mobility technology company and one of the world’s largest automotive suppliers. The company’s facility in the City of Newaygo manufacturers interior and exterior rearview mirrors with value-added features such as electronic displays and auto-dimming glass. It is also one of the county’s largest employers with over 1,300 employees.

Magna Mirrors is experiencing increased demand, necessitating this expansion in the City of Newaygo. As part of the expansion, Magna Mirrors will construct a 175,000-square-foot manufacturing and assembly facility at its Newaygo location.

“For Magna Mirrors, today represents an exciting step forward in the growth and development of our business in North America,” said Kevin Burke, vice president of operations for Magna Mirrors. “We have a team that is second to none, a highly skilled workforce that is dedicated to world-class manufacturing and has a clear mission: to be the premier mirror supplier to automakers here in Michigan and around the world.”

The MEDC is supporting the project with a $448,000 Michigan Business Development Program performance-based grant. The Right Place worked in collaboration with the company and MEDC to ensure Magna Mirrors continued to grow locally versus out-of-state possibilities. The Right Place also connected the company to workforce development resources at West Michigan Works! to assist with workforce recruitment and training.

“Magna Mirrors is a key employer in Newaygo County, and we are delighted they have decided to expand in the City of Newaygo,” said Julie Burrell, business development coordinator – Newaygo County, The Right Place, Inc. “A global company like Magna Mirrors has many options for expansions, and their decision to invest in the Newaygo facility speaks volumes of our area’s business competitiveness.”

The City of Newaygo is supportive of the expansion and has approved a P.A. 198 tax abatement in support of the project. The Newaygo City Council approved the support at the Council’s Sept. 10, 2018 meeting.

“The City of Newaygo is proud to be home to Magna Mirrors,” said Mayor Ed Fedell, City of Newaygo. “We are pleased they have chosen Newaygo for their next phase of growth, and we look forward to our continued partnership with them.”

About Amphenol Borisch Technologies
Amphenol Borisch Technologies (ABT) is a vertically integrated electronic design and manufacturing firm that specializes in superior service.  Our experience and expertise in electronics design, design-for-manufacturer, assembly and test leads the industry. ABT is your complete supply chain solution provider. With locations in Grand Rapids (Michigan), Nogales (Mexico) and London (Canada), ABT is the lead integrator within the Amphenol Family of solutions. ABT provides our partners with the unique combination of personal and professional program management support along with low-cost manufacturing and integrated supply chain expertise. For more information, visit: http://borisch.com/

About DealerOn
DealerOn, Inc. is a premier website & digital marketing company for auto dealerships, known for excellent, personalized customer service and its Lead Guarantee program, which guarantees dealerships a lead increase by at least 50 percent no matter their current provider. Since its introduction in 2009, the Lead Guarantee has delivered an average lead increase of 200 percent over the prior provider for DealerOn dealerships.

About The Right Place, Inc.
The Right Place, Inc., is a regional nonprofit economic development organization founded in 1985 and supported through investments from the private and public sector. Its mission is to promote economic growth in the areas of quality employment, productivity and technology in West Michigan by developing jobs through leading business retention, expansion and attraction efforts. For more information, visit: www.rightplace.org.