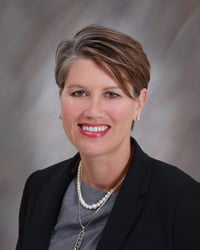 The report was released Wednesday 9/5/18, which highlights the three universities contributions to the state – up from $16.5 billion in 2015. Britney also covers the business impact throughout the state, and specifics on how the universities are supporting all counties across Michigan.

To hear Britany and Chris' discussion of this topic, please click on the embedded SoundCloud PodCast shared below.

Michigan’s University Research Corridor contributed $18.7 billion to the state economy in 2017, according to an Anderson Economic Group report released today. Up from $16.5 billion in 2015, the impact also marks an increase of 46 percent since 2007, the year the URC was formed and began benchmarking its impact on the state of Michigan. According to the report, the URC also generated 78,845 jobs in 2017.

“The economic impact of Michigan’s leading research universities has increased by more than 40 percent in just over a decade,” said URC Executive Director Britany Affolter-Caine. “The URC’s steady uptick in economic impact is more than a simple dollar figure—it’s indicative of an intentional investment in educating students, undertaking research and improving quality of life for residents across the state.”

More than 20 times the state’s $890 million in funding for the URC universities, the collective impact of $18.7 billion reaches every county in the state of Michigan. The URC was also responsible for $2.3 billion in research and development (R&D) spending, an increase of 54 percent since 2007. At the same time, new state tax revenues that were attributable to the URC amounted to $579 million.

“The total economic impact of the URC, which is the result of the influx of research dollars spent, new tax revenue in state coffers, and the creation of thousands of jobs that the URC’s work has generated, is significant, but difficult to fathom because the dollar amount is so huge,” said Wayne State University President M. Roy Wilson. “To put it in perspective, if you broke down the $18.7 billion impact, it would be equivalent $4,834 per Michigan household.”

The URC attracted $0.94 of every federal dollar spent on academic research in Michigan, and accounts for 92 percent of all R&D conducted at higher education institutions in the state. URC research leads to advances in medicine, mobility, business and society as a whole.

“Michigan is fortunate to have a great number of diverse universities and colleges serving our residents’ higher education needs,” said University of Michigan President Mark Schlissel. “Being home to three research-intensive universities brings Michigan tremendous benefits, including a breadth and depth of research leading to new discoveries that advance industries and drive our state’s global competitiveness.”

The report also includes a breakdown of the URC’s economic impact in 10 regions statewide, including the effect of the additional money URC alumni living in Michigan earn because of their university degrees. As of spring 2018, the URC universities had more than 1.2 million graduates worldwide. The 669,274 living in Michigan account for 10.2 percent of the state’s population over the age of 24.

“Together with U-M and Wayne State, Michigan State is contributing to Michigan’s growing economy, providing job creation and producing the graduates and research that makes Michigan an attractive state to do business,” said Michigan State University Interim President John Engler. “Our graduates and distinguished faculty also contribute to the quality and strength of the communities in which they live, work, raise families and volunteer. We work hand-in-hand with the private sector to meet community needs and solve social problems.”

The three URC presidents are presenting the 2018 URC Economic Empact Report at today’s Detroit Economic Club Luncheon. The full report is available and can be viewed at https://urcmich.org/reports/11th-annual-economic-impact/.