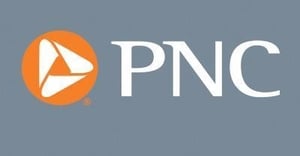 Or the Start of a Softening in Labor Market

Federal Reserve officials are expecting a slowing in the job market given the big increase in interest rates this year; the hope is that this will bring down inflation that is well above the central bank’s 2% objective. But the labor market remains very strong. Although job growth has slowed over the course of 2022, it remains well above its pre-pandemic pace, and the labor market is extremely tight.

The increase in claims for the week of November 19 could be an indication that the job market is starting to slow, but claims can be volatile week-to-week, especially around the holidays. And claims moved somewhat higher in the summer for a couple of months, and then promptly declined in September to very low levels. Not seasonally adjusted initial claims rose by 5,000 for California for the week ending November 19, perhaps because of tech layoffs. But a one-week jump of claims proves nothing and it will take multiple weeks of rising claims and much weaker monthly job growth to confirm a meaningful slowing in the labor market.

The Fed would welcome a more substantial slowing in job growth. Right now, the labor market is too tight for the Fed, and job growth is too strong, with average gains of close to 300,000 in the three months through October.

Given continued strength in the labor market and inflation running near its fastest pace in four decades, PNC expects the Federal Open Market Committee to raise the federal funds rate by 50 basis points when it meets in mid-December, to a range of 4.25% to 4.50%. The fed funds rate started this year close to zero, so there has been a massive amount of monetary tightening this year. Given the big increases in both short-term and long-term interest rates in 2022, with the fed funds rate expected to move higher into next year, PNC now expects the U.S. economy to experience a mild recession in 2023, with a modest increase in unemployment.