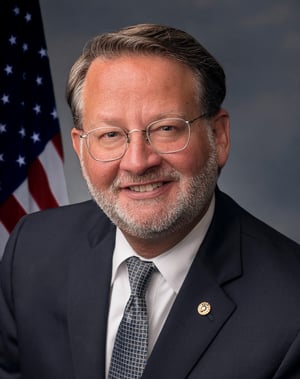 WASHINGTON, D.C. – The House has passed bipartisan legislation authored by U.S. Senator Gary Peters (MI), Chairman of the Homeland Security and Governmental Affairs Committee, to help protect communities in Michigan from losing access to important federal funding because of possible changes to the population threshold for metropolitan areas. Communities count on this designation for federal funding that goes towards important programs. The White House Office of Management and Budget (OMB) had previously proposed increasing the population threshold for metropolitan areas from 50,000 to 100,000 which could have threatened access to vital federal resources for communities across the nation, including six in Michigan. Cities that could have been affected by this change include Battle Creek, Bay City, Jackson, Midland, Monroe, and Niles-Benton Harbor. However, following calls from Peters, OMB announced it would halt the proposed change. Peters’ bipartisan bill would ensure that future modifications to this designation are carefully deliberated to prevent unintended consequences. The legislation, which passed the Senate in May, now heads to the President to be signed into law.

“Changes to the population threshold could end up costing communities in Michigan access to vital federal resources that support programs and services they count on,” said Senator Peters. “Now that Congress has passed this bipartisan bill, we can ensure that the effects of proposed changes to metropolitan statistical area standards are carefully considered before being put into place and protect communities from being cut off from the resources they need.”

Metropolitan statistical areas (MSAs) were created to standardize and identify the nation’s largest centers of population and activity. Metropolitan and non-metropolitan designations are used by agencies across the federal government to determine eligibility for funding and services. OMB’s previously proposed change could have impacted federal resources for nearly 150 communities across the nation. While losing MSA status may not necessarily result in a loss of federal funds, future changes to the designation should undergo careful consideration to prevent any unintended consequences.

The Metropolitan Areas Protection and Standardization Act would provide needed analysis and transparency by requiring OMB to collaborate with federal agencies to study and disclose the impacts to federal programs before any change to metropolitan area standards can be implemented. The bill would extend the public comment period for potential changes and ensure the public is aware of how MSAs are used to determine federal benefits. Finally, the legislation would also instruct OMB to publish a report on the estimated impact to domestic assistance programs for any proposed change to metropolitan area standards.