LANSING, Mich. -The ribbon has been cut and the Coleman Road Extension has officially opened to
traffic. A ribbon cutting celebration held today marked the culmination of a years-long
efforts by a broad, bipartisan coalition of business and governmental leaders that
eventually led to a $7.6 million state grant to make construction of the road a reality.

“The fact that we are here today celebrating this occasion is a testament to regional cooperation.,” said Tim Daman, president & CEO, Lansing Regional Chamber of Commerce (LRCC). “This project was embraced by republicans and democrats, business and governmental leaders representing urban, suburban and rural areas. We truly have been in this together.” The Coleman Road extension connects Coleman Road to Wood Road and U.S. 127. Construction work began a little more than a year ago and remained on schedule throughout, despite brief setbacks due to weather and uncertainty surrounding COVID-19 protocols.

Local lobbying efforts to secure funding for the project were led by the Capital Council of Governments (CAPCOG) and LRCC. CAPCOG, which includes Ingham, Eaton and Clinton counties as well as LRCC and Michigan State University made the Coleman Road extension its top priority. That decision meant republicans and democrats, urban, rural and suburban leaders were all on the same page pushing for a project that they felt was important for the entire region.
“When we finally came together as a group, we were able to convince the appropriate legislative people that funding that project would enhance the region in terms of economic opportunities as well as additional means of travel around a very congested area,” said Robert Showers who serves on CAPCOG and the Clinton County Board of Commissioners. “Once Coleman Road became a priority for so many local units of government it became something we could work on collectively,” said Sam Singh, former House Democratic Leader and current CEO of Public Policy Associates. Singh is credited with spearheading bipartisan efforts among the Capital Caucus in the state legislature to secure state funding for the project.

In addition to easing massive traffic congestion in the Coleman Road/West Road/U.S. 127 corridor, the new road is also expected to open up significant development opportunities. There is a great deal of prime undeveloped land in the area that will draw considerable interest from occupiers and developers, according to the Van Martin, CEO, Martin Commercial Properties.
“I’ve always looked at that as a corporate headquarter row with MSU Federal Union, GreenStone Farm Credit Services, American Cancer Society and others, said Martin.

“We could see a major office building, possibly another hotel and perhaps some mixed- use at the corner of Coleman and Coolidge Road. We could also see restaurants and additional retail in that area.” Martin also sees the potential for housing development along the east side of Coolidge across from MSUFCU. “We owe an enormous debt of gratitude to the Clinton County Road Commission and all the contractors including C2AE for their work on making this project a reality,” said Daman. “They managed to work through all the issues involved with numerous jurisdictions involved and overcome the challenges brought on by COVID-19 to keep this project on schedule and within budget. Congratulations on a job well done.”

About the Lansing Regional Chamber of Commerce The Lansing Regional Chamber of Commerce (LRCC) works relentlessly to help businesses connect, grow and thrive. For more than 115 years, the Chamber has served as the voice of the Greater Lansing business community. More information about LRCC, its programs and services can be found online at lansingchamber.org, Facebook (@LansingChamber), Instagram (@lansingregionalchamber), Twitter (@LansingChamber), and LinkedIn. 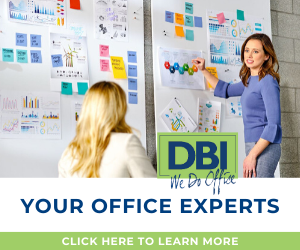