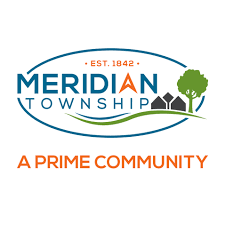 OKEMOS, Mich. – The Meridian Township Board of Trustees will invest $1.25 million into public infrastructure improvements in Downtown Okemos to allow for improved roads, utilities, and more. The improvements will literally pave the way for the proposed Village of Okemos development to move toward vertical construction on its private land near the public infrastructure projects.

A Resolution to Recommend Approval of the Meridian Redevelopment Fund request from the Village of Okemos project was unanimously approved at the May 17 Board of Trustees meeting, following an April 26 public hearing on the request. The proposed mixed-use Village of Okemos development includes restaurant and retail-focused commercial space and apartment living options at the intersection of Okemos Rd. and Hamilton Rd. in Okemos.

“The purpose of the use of these funds – the $1.25 million – is for public infrastructure, specifically to redevelop the streets around this complex that is proposed,” said Trustee Marna Wilson during the meeting. “So this is money we would have to spend at some point and it makes sense to do this as part of the overhaul of this particular area. So no matter whether the project goes forward or not this is work that needs to be done.”

The Meridian Redevelopment Fund was established by Meridian Township with the sale of property within Downtown Okemos and supplemented with general fund and COVID relief federal dollars. The fund's intent is to be used on projects like the proposed Village of Okemos as source funds toward specific allowable costs. The fund is controlled by the Township Board based on recommendations from the Meridian Economic Development Corporation (EDC).

The approved request does not provide dollars for private investment, including to the Village of Okemos. The development team will assist the Township in the implementation and management of the infrastructure improvements. The resolution approved improvements to stormwater management; gas and electric utility connection; and addressing water, sewer and utility updates all within the public rights of way on Ardmore, Clinton, Hamilton and Methodist streets and easements. These streets surround the redevelopment project site, but are all public land and infrastructure.

Critically, the support of the Meridian Redevelopment Fund will also address repaving of Ardmore, Clinton, Hamilton and Methodist roads.

“These roads are in horrible condition so the residents of the Township, through the road tax that we have, will end up in the next couple of years paying for this. So these roads are going to be improved in the next two or three years. It’s a question of how,” said Township Manager Frank Walsh during discussion at the May 17 meeting. “We can just not do anything and let the local road tax pay it, or we could go forward with this proposal and pay for these improvements with the caveat that we will be paid back with increased taxes from the new development. So it’s either Plan A, let the residents all pay for it, or Plan B, front the money and then get reimbursed so the new taxes of the development pay for it.”

The reimbursement is possible through a long-standing economic development tool known as TIF. Tax Increment Financing, or TIF, is money a developer will pay in new taxes generated from a newly built project. The financing tool is not a new tax nor does it raise any property owners’ taxes, rather it leverages the increase in value and thus taxes from development to reimburse certain costs, such as public infrastructure.

“The $1.2 million will be reimbursed from the new taxes on the development and it will go back in the seed money for the redevelopment fund,” Walsh went on to add.

The Village of Okemos developer has invested over $6.5 million to date for land acquisition, due diligence, asbestos abatement and demolition of buildings, pre-development planning, architectural plans and engineering services to secure approvals necessary to develop the project. Pending all approvals needed, the Village of Okemos project is expected to invest an estimated $85 million and be completed by the end of 2024.