Discover Manufacturing week is coming up Monday September 30th through Friday October 4th! During this time, businesses such as MediSurge, a western Michigan local medical manufacture, will be opening its doors to high school students as a way to share careers in Manufacturing. They will be giving students tours and allowing them to ask questions about the field.

This is a great opportunity to increase awareness of the manufacturing needs in West Michigan, as well as highlight medical manufacturing the amazing work they do, and the Kent County celebrated week.

To give you an idea of what MediSurge is about, Michigan Business Network re-shares an interview we did with their CEO back in the spring this year! In the aftermath of 2019's Michigan Celebrates Small Business Gala Celebration Jeffrey Mosher spoke with several winning companies from this year's cycle. Bob Taylor, Owner / CEO of Alliant Enterprises, was coming off the recognition of being the SBA Veteran Owned Small Business of the Year Awardee, and they are based out of Grand Rapids, MI.

To hear Robert's interview from earlier this year with Jeffrey click play on the PodCast below.

Robert W. (Bob) Taylor, (left) CEO/Owner of Alliant Enterprises, graduated from Michigan State University in 1986 as a mechanical engineer and entered the Air Force as a B-52 navigator. He flew 11 combat missions during Operation Desert Storm and received the Air Force's Air Medal, and then served as a KC-135 navigator, eventually rising to the rank of Major. Over the past 24 years, Mr. Taylor held positions in engineering, operations, marketing, sales, COO, and eventually as CEO in the medical device industry. Mr. Taylor also developed skills for performing mergers and acquisitions including due diligence, multiple site manufacturing, lean manufacturing and complex integration planning and implementation.

His first startup, Aspen Surgical Products, was ultimately sold to Hill Rom for $400M in 2012. Mr. Taylor had sold his 27% stake in 2002 to create Alliant Healthcare Products.

In 1987, Mr. Taylor married Sara and they are the proud parents of two grown children, Jackie and Spencer. In 2017, they welcomed their first grandchild, Henry. Mr. Taylor was also a Synodically Authorized Minister in the Evangelical Church in America, has provided pastoral care to congregants, preached throughout Michigan, facilitated and lead visioning retreats, served on a Synod Council serving 125 congregations across Michigan, and participated in several international service missions with his children.

In 2015, Mr. Taylor founded the Patriot Promise Foundation™, a 501.3(c) non-profit created to raise money to fund research in a more proactive treatment for Post-Traumatic Stress Disorder for recently returning veterans. One of the Foundation’s projects is the creation of a personal development program named "From Service to Success." According to psychologists and psychiatrists who treat veterans for PTSD, many veterans never reach the VA for assistance, but there are ways to reduce their stress and to place the veteran in a position to successfully fit back into society.

In 2004, Taylor positioned Alliant in a new way to differentiate itself in the market place. The emphasis was to combine contract manufacturing and to add sales and distribution to give the company more growth potential and self-reliance. The company initiated several rounds of financing eventually reaching $5.3 million. The company has repaid all of those initial rounds of funding and now relies only on a standard line of credit for its primary business lending.

In 2008, Alliant was approached to assist a company in expanding its business into the federal government. Taylor made the critical decision that Alliant would not add to the prices being paid by the government for Alliant’s services. To this day, Alliant is paid as a distribution channel and is compensated by the Original Equipment Manufacturer (OEM). For the clear majority of Alliant’s sales to the government, the federal government does not pay extra to work with Alliant. If the government has already established fair and reasonable pricing for the products directly from the OEM, then Alliant honors those prices. It is Taylor’s view that his SDVOSB can add value to the government customers. As an example, the company can consolidate the number of suppliers needed to supply the government - this saves the government time and money. Also, government customers can use a single point of contact for all businesses working with Alliant greatly reducing time and confusion.

Alliant Enterprises, LLC, has three sister companies which are owned by Taylor. 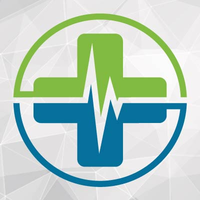 Medisurge was started in 2016 when the company stood up an 18,000-square foot facility for clean room contract medical device manufacturing under the regulatory oversight of the FDA, ISO, Canada Health, and Japan’s FDA. Medisurge currently manufactures, packages, and sterilizes urological, cardiac, and general surgical devices for four major medical device companies. Medisurge has a unique value proposition due to its advanced and lean manufacturing. Lean manufacturing is the ability to drive down costs and to improve and accelerate customers’ results. The advanced manufacturing proposition is a recognition of the very aggressive cost drivers in healthcare today. Medisurge is building the factory of the future.

Alliant Healthcare Products, is a channel partner to companies selling into the federal market. Through Alliant’s partners, Alliant can provide newly-constructed turn-key operating rooms, mobile imaging centers, endoscopic devices, imaging equipment, and a host of products used in the daily care of patients. The company also provides state-of-the-art medical technologies such as cryo-preserved umbilical tissue to help treat the difficult wounds of veterans. Key partners include Philips Medical, Olympus Medical, Skytron, Amniox, and Bio Tissue and numerous others. A source of pride is the recognition the company received in 2010 from Inc 500 magazine as the 9th fastest growing healthcare company in the US.

Surge Cardiovascular began in 2010 through an acquisition. The company now self-manufactures, designs and sells perfusion cannula products used in open-heart surgery to arrest the heart while surgeons perform coronary bypass or heart valve replacement. Surge is a global device company with sales in 28 countries and the entire US. The most exciting part of this business is the development of its own products with intellectual property. The company launched eight new products in 2016 and 2017 aimed at less invasive cardiac surgery and other products to help surgeons improve surgical outcomes in open heart surgery. The company expects annual growth to expand at even higher rates over the next three plus years.