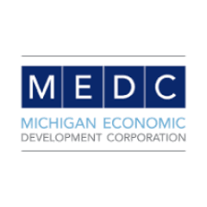 LANSING, Mich. – The cities of Grayling and Sault Ste. Marie are making improvements in their downtowns with support from the Michigan Strategic Fund, the Michigan Economic Development Corporation announced today. The completed projects are expected to generate additional public and private investment of $610,000.

“These projects in Grayling and Sault Ste. Marie will bring new vitality and economic opportunities to the communities and will serve as catalysts for further investment in their downtowns,” said Jeff Mason, CEO of the Michigan Economic Development Corporation, the state’s chief marketing and business attraction arm that administers programs and performs due diligence on behalf of the MSF.

“We’re pleased to support the efforts of these two Michigan communities in bringing significant improvement to their downtown areas.”

The city of Grayling was awarded $328,372 in Community Development Block Grant funds for public infrastructure improvements needed for the public river access and canoe launch in downtown Grayling. The city of Grayling participated in and graduated from the Project Rising Tide program in early 2018. As a part of its economic development strategy city residents identified the AuSable River to be a major economic driver in the downtown and surrounding region. A primary barrier for better utilizing this asset was public access to the river itself.

The city turned to its residents for input on the community recreation plan, which led to the decision to create a new public access site and canoe launch within downtown that would further expand the recreational tourism draw for paddlers, fishermen and the general public. The city of Grayling will contribute $124,500 toward the project. The CDBG funds will be used to assist with a new parking lot and will also be used for a new sidewalk, boardwalk, and landscaping at the project site.

The city of Sault Ste. Marie was awarded $485,505 in CDBG funds for the Façade Improvement Project in downtown Sault Ste. Marie. The project will address the exterior rehabilitation of three historically significant buildings – the Cadillac building and Alpha Bar located on Portage Avenue and the Arfstrom Pharmacy on Ashmun Street. The CDBG funds will be used for façade improvements and at least $485,505 will be contributed by the building owners to be used for additional façade work, architectural and engineering, and minor interior improvements.

Each year the State of Michigan receives approximately $120 million in federal CDBG funds, of which the State CDBG program receives approximately $30 million to fund various projects around the state. Funds are used to provide grants to eligible counties, cities, villages, and townships, usually with populations under 50,000, for economic development, community development and housing projects.

For information on all MEDC community development programs, visit https://www.miplace.org/.

About Michigan Economic Development Corporation (MEDC) The Michigan Economic Development Corporation is the state’s marketing arm and lead advocate for business development, job awareness and community development with the focus on growing Michigan’s economy. For more information on the MEDC and our initiatives, visitwww.MichiganBusiness.org. For Pure Michigan® tourism information, your trip begins at www.michigan.org. Join the conversation on: Facebook,Instagram, LinkedIn, and Twitter.