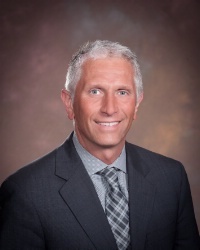 Hosted by Tomas Hult, this segment of the globalEDGE Business Beat is an interview with Tim Daman. Mr. Daman is President and CEO of the Lansing Regional Chamber of Commerce. In his role, Tim leads the Chamber’s team in Business Development, Business Advocacy, Government Relations, International Trade Development and Membership Services.

Tomas Hult is Professor and Byington Endowed Chair in the Eli Broad College of Business at Michigan State University.

This gBB segment focuses on Lansing and Tim’s comments in a recent op-ed article Tim wrote in the Lansing State Journal. At the core, Mr. Daman’s comments were that: “With more than $1 billion in development projects, Lansing’s new leadership team has a prime opportunity to propel further growth, solidify Lansing’s financial health and build a vision of the city as an anchor for the region’s economic prosperity.”

Initially, he elaborates on this great outlook for our city. In the op-ed, Tim also pointed out that recent surveys of members of the Lansing Chamber and Lansing residents provide a clear indication of top priorities including: “improving the city’s financial condition, investing in roads and infrastructure, building a stronger economy and creating new jobs.” In this context,

Tim discusses his priorities for Lansing, also in light of the city having a new mayor, Andy Schor. The core of Tim’s suggestions center on the importance of putting “aside any parochial approach to community development, economic growth, regional collaboration and efficient delivery of public services” to strive toward what former mayor David Hollister targeted Lansing to be, a “world class city.” Tim Daman gives us some ideas for how this can be done to allow Lansing to continue to prosper.