Entrepreneurship in Uganda with Amelia Kyambadde, Minister of Trade, Industry and Co-Operatives in Uganda 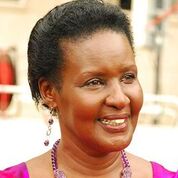 Hosted by Tomas Hult, this segment of the globalEDGE Business Beat captures the entrepreneurship and sustainable development viewpoints in the Republic of Uganda by Amelia Kyambadde, Minister of Trade, Industry and Co-Operatives in Uganda. Tomas Hult is Professor and Byington Endowed Chair in the Eli Broad College of Business at Michigan State University.

Uganda is a landlocked country (except for bordering a lake) in East-Central Africa. Uganda is bordered to the east by Kenya, to the north by South Sudan, to the west by the Democratic Republic of the Congo, to the south-west by Rwanda, and to the south by Tanzania. The southern part of Uganda includes a substantial portion of Lake Victoria, shared with Kenya and Tanzania. Uganda is in the so-called African Great Lakes region, lies within the Nile basin, and has a varied equatorial climate. The country has some 42 million people. The GDP per capita is about $700.