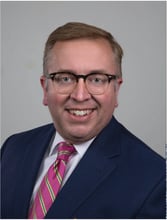 “While our association and our industry has never taken a position on the legalization of cannabis, banks have been asked by the public and by policy makers alike to provide depository services to state legal, licensed entities,” stated T. Rann Paynter, President & CEO, Michigan Bankers Association. “We appreciate the Bi-partisan House Resolution sponsored by Representative Rabhi and co-sponsored by Rep. Lilly and Rep. Gay-Dagnogo that will be introduced in the Michigan House of Representatives later today. We are also grateful for Senator Hertel who could not join us today but will be introducing a companion resolution in the Senate this week.” 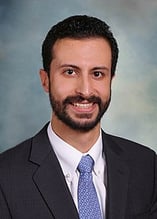 “The people of Michigan overwhelmingly voted to legalize medical marijuana and adult use of marijuana,” Rep. Rabhi said. “But it’s hard to maintain a safe, well-regulated, and taxed marijuana industry when they are forced to run a cash-only business. It’s in the public’s best interest to let them use financial institutions like everyone else.”

“By forcing entrepreneurs in this space to operate on an all-cash basis, we are unnecessarily creating public safety hazards,” Rep. Lilly said. “Our current system simply isn’t working. Regardless of your views on marijuana, there are no good arguments for encouraging the industry’s financial operations to exist in the shadows.” 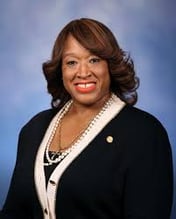 medical and recreational marijuana usage in the State of Michigan. We need to remove the federal restrictions so these businesses can operate safely in our communities,” Rep. Sherry Gay-Dagnogo, Minority Vice Chair of the House Financial Services Committee said. “Unfortunately, the mandatory reliance on cash has made our neighborhoods targets for robberies. The sooner we fix this broken policy, the better.”

“It doesn’t make sense to treat legal, regulated businesses like illicit drug dealers,” Sen. Hertel said. “These folks are trying to run a business and pay their taxes, but federal banking regulations are getting in the way. For the sake of public safety and accountability, Congress needs to give legal marijuana businesses access to the banking system.”

“Michigan Cannabis businesses operate in a legal, highly-regulated industry. They deserve to

have access to the same banking opportunities as any other business in the state,” said Robin Schneider, Executive Director, Michigan Cannabis Industry Association. “We have 33 states with medical marijuana and 10 states plus D.C. that allow full adult-use legalization. It’s time for Congress to pass the SAFE Banking Act.”