MSAE's Taylor Benavente interviews three individuals with different yet each vital perspectives on the upcoming Legislative & Public Police Conference for 2019.

Hear two segments each with Stephen Pontoni, Dave Waymire, and Scott Ellis regarding the Tuesday February 12th event which this year coincides with Michigan Governor Whitmer's State of the State Address.

The afternoon of programming is followed by one of the best attended Legislative Receptions including guests from the Michigan House and Senate, Supreme Court, Governor's office and various state departments.

Segment 1:
Ever heard the phrase, “There’s an app for that?” Turns out, if you replace the word app with the word association, the phrase remains equally as true. Associations in the State of Michigan span industry sectors and areas of focus; each in service to their respective memberships. With such a wide variety, can these inherently different missions come together?

Segment 2:
Governor Gretchen Whitmer will deliver her first State of the State address from the Michigan House Chamber the same day as the MSAE Legislative & Public Policy Conference on Tuesday, February 12th

Stephen Pontoni explores the expectations and implications of the State of the State address, a critical moment for every gubernatorial administration. As Governor Whitmer prepares for her administration’s first, tune into Association Impact for key details and topics to be on the lookout for during one of the capitol’s most exciting nights of the year.

Join us in this segment as we learn more about Dave, a public relations veteran and member of the MSAE Legislative & Public Policy Committee, to better understand the relationship between associations, the press, and the public.

Segment 4:
It turns out that reporters are real people, too. In a world of constant breaking stories and twitter feeds there seems to be an expanding disconnect as to what the role of press and broadcasting professionals truly is.

Can we allow ourselves to really believe the headlines? Dave Waymire joins Association Impact to discuss the topic in preview of its upcoming session, 20/20 Hindsight: The Freedom & Future of Journalism, at the MSAE Legislative & Public Policy Conference 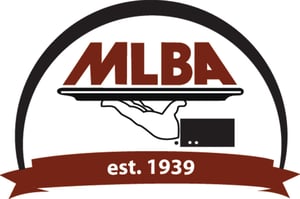 Segment 5:
A look into the future is only as good as the context in which you view it – in consideration of what to expect in 2019, Scott Ellis, executive director of the Michigan Licensed Beverage Association, feels we should first examine what has brought us to where we are.

Midterms 2018? A Democratic Governor, Attorney General, and Secretary of State for the first time in nearly thirty years? Listen in as Scott breaks down the fascinating intersection of politics and policy we currently find ourselves at and how citizens can stay informed of these developments at the MSAE Legislative & Public Policy Conference.

Segment 6:
The Michigan association community exists and seeks to work in meaningful collaboration with organizations across the spectrum of institutional positions. Often, these groups in vastly different industry sectors and priorities find themselves working together in meaningful advocacy with expectations of bipartisanship.

A large part of the Whitmer Administration’s early messaging has been the claim that they will more strongly pursue cooperative, bipartisan efforts than previous administrations. Regular meetings of the Quadrant Leaders, reintroduced by Governor Whitmer, are encouraging citizens that they might be able to actually believe the hype.

Scott Ellis returns on Association Impact to discuss the opportunity the 100th Michigan Legislature has to set the state apart as a national leader in successful, respectful bipartisan lawmaking.

To hear those six segments with Stephen, Dave, and Scott please click play on the PodCasts shared below!