Those are just some of the findings in the annual Benchmark Report through which the URC measures its performance against the nation’s top university research clusters, including California’s Silicon Valley, Massachusetts’ Route 128 and North Carolina’s Research Triangle. Michigan’s URC is the only national innovation cluster comprised exclusively of public universities ― and the only one with three medical doctors heading those institutions.

It also is a key factor in Michigan’s status as a Top 10 state nationally in academic R&D, conducting 92% of total academic R&D and 94% of federally funded R&D in the state. Among the eight peer university clusters it measures itself against nationwide, the URC ranks third on the Innovation Index that measures how research universities are performing in talent development, R&D and technology commercialization. East Lansing, Mich.-based Anderson Economic Group prepared the 2019 report. 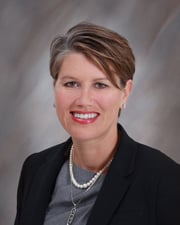 “Michigan’s URC remains a powerful driver of Michigan’s economic success, keeping our state on the cutting edge of new technology, medical breakthroughs and training the talent needed to keep Michigan competitive,” said Britany Affolter-Caine, URC executive director. “Researchers at URC universities are laser-focused on helping solve the challenges that face our state, whether it’s dealing with how best to deal with PFAS in our water, addressing the opioid crisis or developing the next advance in autonomous vehicles.”

The three URC universities added $18.7 billion to the state economy in 2017, the most recent year for which figures are available. URC graduates filled 78,845 jobs that year. One out of 10 Michigan residents over the age of 24 is a URC university graduate, and overall there are nearly 670,000 URC graduates living in Michigan and 1.2 million URC graduates worldwide. The URC is tops in the nation in student enrollment, preparing 155,358 students for 21st-century careers in 2017, and second in the number of degrees awarded, with 36,411. Of those, 5,117 were undergraduate degrees in medicine and 3,588 were advanced degrees in medicine and biological science, filling jobs in the growing life sciences sector.

In addition, the URC makes a big difference in Michigan and around the world by licensing its technologies. A total of 993 new research-created innovation licenses were in use by companies in 2017, with the number of technologies licensed and optioned by companies headquartered in Michigan totaling 172. The three universities produced 23 startups that year. Between 2013 and 2017, the URC universities:

The other university clusters in the report are located in Northern and Southern California, Illinois, Massachusetts, North Carolina, Pennsylvania and Texas. A full copy of the report is available at urcmich.org.