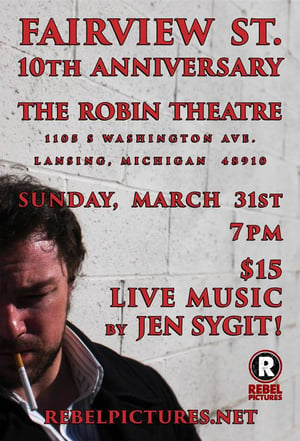 Hear music from Jen Sygit and off the Fairview St. Soundtrack accompanying the in and out of these six tracks. Michael discusses many aspects of creating this work from 2006 until its January 2009 showing at Celebration Cinema of South Lansing, MI. His guests include Jen, along with William C. McCallum, Jeff Bone, and Justin Muschong.

The 10th Anniversary showing of Fairview St. took place as scheduled at the Robin Theatre in the REO Town section of Lansing, MI, 7pm Sunday March 31, 2019, Michael thanks those who could make it out last night!

Here's your digest run-down of Jen, William, Jeff, and Justin joining Michael's discussions for the PodCast just above.

2) Host Michael McCallum continues the conversation of stories of the production for the multi award-winning noir drama, Fairview St. with award-winning singer/songwriter Jen Sygit, actor and realitor Jeff Bone, award-winning writer Justin Muschong and award-winning actor/producer William C. McCallum. Different songs from the winner for Best Soundtrack are played at the beginning and ending of each segment.

3) Continued conversation with host Michael McCallum his guests from the multi award-winning noir drama, Fairview St. Co-star Justin Muschong shares production stories of shooting in art legend Gary Glenn's studio during the shoot. Different songs from the winner for Best Soundtrack are played at the beginning and ending of each segment.

4) Host Michael McCallum continues conversation with guests and award-winning singer/songwriter and soundtrack contributor Jen Sygit tells the story of how she and McCallum first met. Bruce Springsteen is mentioned. Different songs from the winner for Best Soundtrack are played at the beginning and ending of each segment.

5) Host Michael McCallum and guests from the multi award-winning noir drama from Rebel Pictures Premiere night stories. Different songs from the winner for Best Soundtrack are played at the beginning and ending of each segment.

6) Outro with Host Michael McCallum as he and Fairivew St. guests talk about last thoughts on the film, the experience of being a part of it and Jeff Bone mentioned being recognized from being in it. Different songs from the winner for Best Soundtrack are played at the beginning and ending of each segment.

You met William C McCallum in Episode 1, so here's a little more about some of this episode's guests: 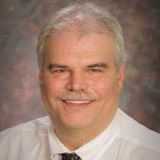 Jeff Bone Born and raised in Lansing, Michigan.
Graduated from Sexton High School in 1976.  Jeff bought his first 8mm film camera with money earned from a paper route at age 12. Using neighborhood friends as actors and crew, he made several short films before high school. Had a movie theatre in his basement when growing up where he would show films for the neighborhood kids.

While in high school, he earned the Drama Award for his role as King Sextimus in “Once Upon A Mattress”. Since then, Jeff has performed in several local productions (film and stage). He has also written, produced, directed and acted in four films. Jeff has worked professionally in the radio and television industry as well.

Currently works as a realtor and sales manager for Century 21 Cedarwood in Holt, Michigan. Serves as the treasurer for the Greater Lansing Association of Realtors and sits on the Board of Directors there. Past professions include fraud investigator, private detective, process server and office manager. Married with two children and two step children. 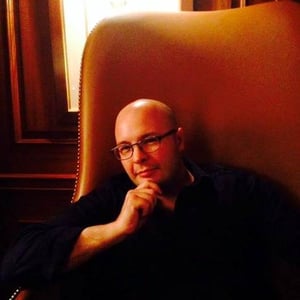 Justin Muschong is a writer and editor based in Queens. His articles, essays, and short stories have appeared in Resource Magazine, Newtown Literary, The Vignette Review, Maudlin House, and Alternating Spark's The Coil, among others. As a screenwriter, he has contributed to films that have appeared in festivals the world over. His script for Deadbolt won Best Short Screenplay at the Eclipse Awards in Michigan, and he has won further recognition from Gotham Screen, Project Twenty1, and the Snowtown Film Festival. 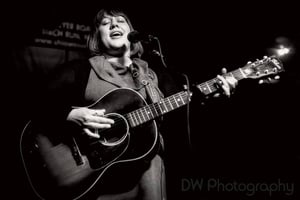 Jen Sygit Lansing, MI based singer/songwriter and multi-instrumentalist Jen Sygit has released four solo albums with her latest record “It’s About Time” newly released in Oct. 2018. Sometimes traditional, sometimes contemporary, always with a raw honesty “It’s About Time” is a sonic journey through the landscape of Americana music. Produced by Sygit’s long time friend and collaborator Dominic John Davis (bassist to Jack White, Buddy Miller, Joshua Davis) and featuring guest appearances from Luther Dickinson, Colin Linden and The McCrary Sisters, “It’s About Time” reveals a depth and maturity to Sygit’s ability as both songwriter and performer.

Since it’s release in Oct. 2019, “It’s About Time” has been nominated for two Jammie awards for Best Americana/Roots Album and for Album of the Year (WYCE Grand Rapids, MI), was ranked #2 on John Bommarito’s annual top 100 albums of the year list (107.1 fm Ann Arbor, MI) and is also in the running for 3 Independent Music Awards for Best Album, Best Music Video for “Love is Wild” and best song for the tune “Hurricane Rider”.

Jen’s previous record “So Long Pollyanna” was named as album of the year by both John Bommarito (107.1 fm Ann Arbor, MI) and The Progressive Torch & Twang (88.9 fm East Lansing, MI). “So Long Pollyanna” was also nominated for two Jammie Awards (WYCE Grand Rapids, MI) for Best Album and a nomination for Best Song for the tune “Sugar High” which later won Best Country Song at the Garden State Film Festival in New Jersey (2014) for its use in the independent film “Buffalo”.

Sygit’s sophomore release “Leaving Marshall St.” received a Detroit Music Award nomination for BEST ACOUSTIC/FOLK ALBUM in 2007 and made it to number 9 that year on the Roots Music Report independent roots music chart.

In addition to her solo career, Jen is also a member of the all-female string band Stella!, roots rock band Lincoln County Process and is a veteran back up singer/session vocalist having appeared on over 50 albums. Now, besides regionally touring and playing shows, Jen also hosts the weekly radio show “Eclecticana” (WLNZ 89.7fm Lansing, MI) and has been commanding the airwaves for 7 years.

Enjoy a slideshow from the recording session, and event below.