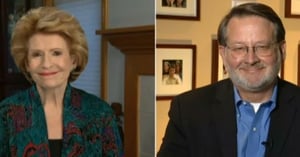 WASHINGTON—Senator Debbie Stabenow (D-MI), Chairwoman of the Health Subcommittee of the Senate Finance Committee, Senator Gary Peters (D-MI), and Congressman Dan Kildee (MI-05) today announced that the Biden Administration will extend Medicaid eligibility for thousands of pregnant women and children in Flint. This announcement follows years of work by the three lawmakers to bring health care to Flint residents to address the long-term health impacts of lead exposure.

In 2016, Stabenow, Peters, and Kildee secured expanded Medicaid eligibility for Flint children and pregnant women for five years. In May 2020, the lawmakers urged the Trump Administration to renew the Medicaid expansion. Today, the Biden Administration extended this demonstration for another five years.

“Over the past five years, thousands of Flint children and pregnant women have received health care through the expansion of Medicaid. Lead exposure has a long-term consequence, so the extension of this health care coverage is critically important to these families. I’m grateful for the work of the Biden Administration and my partners, Senator Peters and Congressman Kildee. While the national attention to this crisis has faded, we have not forgotten the people of Flint,” said Senator Stabenow.

“This extension is an important step towards ensuring Flint families continue to have the wrap-around care and attention needed to overcome the impacts of lead exposure,” said Senator Peters. “Flint is resilient - and I’ll never stop fighting for Flint families. I’ll keep working with Senator Stabenow, Congressman Kildee, and the Biden Administration to ensure we continue to support Flint in its recovery from the water crisis.”

“Thousands of Flint families and children will have access to quality and affordable health care because of this expansion of Medicaid. There is no safe level of lead, and Flint families deserve our continue support after the water crisis so they can get the access to comprehensive care and support they need,” said Congressman Kildee. “I want to thank President Biden for continuing to look out for Flint families.”

Since 2016, more than 43,000 young people and pregnant women have received expanded Medicaid coverage because of the expansion.