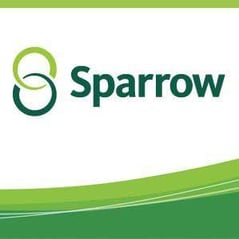 ST. JOHNS, MI – The phrase “home for the holidays” holds special significance for a Sparrow Caregiver and her U.S. Army Veteran husband.

The program awards mortgage-free houses to honorably discharged veterans and retirees as well as currently serving Reservists and National Guard. Qualifying families must also be financially stable. The home was donated by JP Morgan Chase & Co. through Homes on the Home Front, a program funded by Operation Homefront.

Rick Dibble, a Purple Heart Veteran with eight years of service in the U.S. Army, was injured by an anti-tank grenade during a routine mission with the Iraqi Police in March 2007. He was wounded by shrapnel and suffered a traumatic brain injury. After being treated in Iraq, he completed his tour of duty, and returned home.

“We heard about the program from a Marine Veteran who was awarded a home in St. Johns,” Rick said. “So, we applied. When they called and told us we were selected, I was speechless. I was like, there’s no way.” 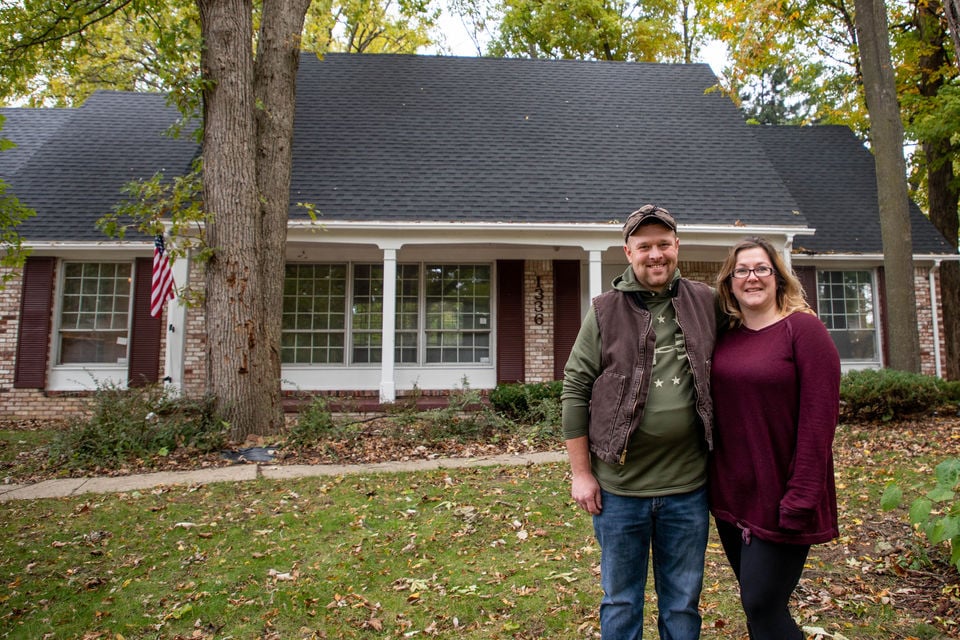 Photo caption: Rick and Nina Dibble stand in front of their new home they were awarded through a national veterans program. Nina works for Sparrow Medical Group St. Johns.

Nina and Rick Dibble, formerly of Elsie, will celebrate Christmas in a beautiful new home in Grand Blanc in Genesee County, and start the New Year mortgage-free, thanks to a national veterans program called Operation Homefront.

The couple applied two years ago, then watched and waited for a Michigan home to be added to the list. The Dibbles were living in Elsie and wanted to remain close to Nina’s employment as a Medical Assistant with Sparrow Medical Group St. Johns.

Rick and Nina worked with a Homefront financial counselor to establish their financial stability. Upon successful completion of the program, the family “graduated” and were ready to receive their home. In late October, they were awarded a mortgage-free house in Grand Blanc.

Since 2012, more than 600 families have successfully graduated from Homes on the Homefront to receive renovated houses donated to the national program.