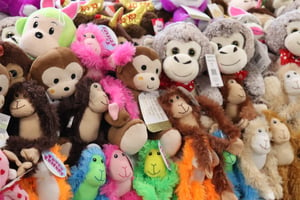 More than 200 stuffed monkeys were dropped off at the Sparrow Children’s Center by a local Keith Urban fan who’s been collecting them. Last year, the national drive garnered more than 4,000 monkeys in six countries and 44 states. It’s the 13th year that Urban and his fans have distributed the monkeys – about 50 were donated nationally the first year.

MBN's Mike Steibel was on hand to talk with Jodi, BRE, CCLS from Sparrow to find out how these stuffed monkeys can make a difference in a child's life.