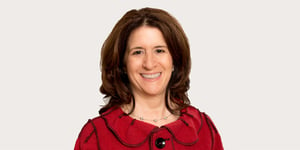 JEM Tech Group has been in business for 42 years. They provide mission-critical infrastructure to a wide variety of businesses, including manufacturers. New procedures, technologies, and practices are being introduced on almost a daily basis, which makes the manufacturing industry among the most interesting and challenging. Listen to Jami Moore, President of JEM Tech Group share insights and trends impacting manufacturers. 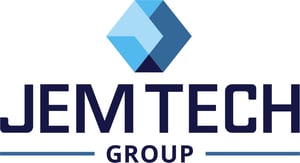 In 1979, James Edward Miller decided it was time to take a risk, make his dream come true and formed JEM Computers, Inc. He bought out the franchise he and his partner started and sub-leased a 300 square foot office in Royal Oak, Michigan. The main focus was to sell back-up media and printer ribbons to Fortune 1000 companies.

In three short years, business was booming. A company that started with two employees and two product lines had more than tripled. The business had become a solid company. In 1988, Jim knew he had achieved his dream of owning a successful small business, therefore, incorporating JEM.

In the years to follow, the company grew considerably. New customer relationships became the focus as well as the addition of several products. The company began offering services such as raised floor cleaning and tape degaussing/destruction. Today, there are very few computer-related products that we cannot obtain.

In October 2000, Jim’s daughter Jami joined the team and focused on learning everything about the business and how it thrived. It did not take long for her to be able to step into her father’s shoes. Jim retired in 2001 and left the day-to-day operations of the business he built to Jami. Shortly after Jami took over, her sister Kelly started working in the finance department. A few years later, Jami’s other sister Denise also joined the company as a sales support representative. Family is clearly an important factor in JEM’s success today.

In 2012, after over 30 years in business, JEM Computers, Inc. changed its name to JEM Tech Group. Consequently, the old name led prospective customers to think that the company was in the business of selling computers. Rather, JEM specializes in products and services for mission-critical environments. When deciding how to re-brand JEM, Jami wanted to keep her father’s initials (James Edward Miller) in the name. With help from her staff, JEM Tech Group was born.

In the last 20 years, JEM has quadrupled in size, in terms of employees and annual sales. They added an office in New York and plan to expand throughout the United States. No matter how large the company becomes, the personal customer service that derives from the roots of a family-owned business will always be a vital part of JEM. - https://jemtechgroup.com/about-jem-tech-group/