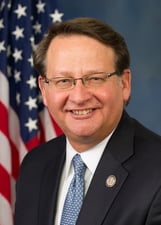 Peters continued: “Drug shortages are creating devastating health and economic consequences for patients, hospitals, and consumers. For patients, the impact on care is significant, as shortages cause delays when receiving emergency medications, undergoing medical procedures, and obtaining needed prescription drugs.”

Drug shortages can make access to certain treatments more difficult, and drive up the costs of drugs that are in short supply. Since the drug shortage crisis in 2011, the United States has continued to experience new and ongoing drug shortages that affect not only hospitals and health care systems, but also consumers and patients. In 2012, Congress passed the Food and Drug Administration Safety and Innovation Act (FDASIA), which took steps to address drug shortages. Unfortunately, drug shortages have continued and, in some instances, increased in both number and duration. According to the American Society of Health-System Pharmacists (ASHP), there are currently 282 drugs that are actively in shortage in the United States. Many of today’s shortages include critical drugs used in hospitals — such as intravenous immunoglobulin (IVIG) and sodium bicarbonate — as well as chemotherapies, for which there is often no alternative treatment.

Peters has long supported efforts in Congress to reduce health care and drug costs for patients in Michigan and around the country. Just last month, Peters-led provisions to lower health care costs for seniors and reduce drug costs for Medicare Part B advanced in the Senate. In January, Peters helped introduce legislation to permit Medicare to negotiate for lower prices on behalf of over 2 million Michiganders eligible for enrollment in Medicare Part D. Last Congress, Peters urged the Trump Administration to implement a rule holding drug companies accountable for overcharging for prescription drugs.

The text of the letter is copied below and available here: