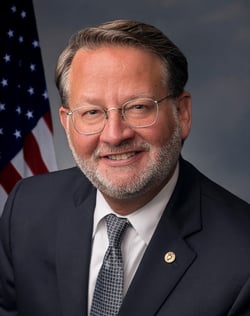 Despite Reports of Mail Left Sitting in Processing Facilities, USPS has Refused to Provide Congress with Details on Impacts to Delivery & Vote by Mail during a Pandemic

Despite numerous reports from across the country of slow delivery, mail left sitting in facilities overnight and challenges returning vote by mail ballots on time, DeJoy has refused to provide Congress with answers on actions he has taken that could undermine the Postal Service during a pandemic.

“Recent concerns raised by constituents and postal workers have brought to light questionable changes under your leadership now taking place in post offices and processing centers across the nation that may negatively impact mail delivery,” wrote the Senators. “It is essential that the Postal Service not slow down mail or in any way compromise service for veterans, small businesses, rural communities, seniors, and millions of Americans who rely on the mail – including significant numbers who will be relying on the Postal Service to exercise their right to vote.”

Any changes to Postal Service operations must be carefully considered to ensure they do not limit service for Americans who rely on the mail for essentials, especially during a pandemic. Unacceptable changes to service, made without transparency or public input, could harm seniors, small businesses and people in rural areas who often have less access to other services and rely on the Postal Service for access to medications, emergency information, and home supplies. As increasing numbers of Americans plan to vote by mail in upcoming elections, the Postal Service must also ensure that any operational changes do not limit voter participation.

The text of the letter is copied below and available here.

Recent concerns raised by constituents and postal workers have brought to light questionable changes under your leadership now taking place in post offices and processing centers across the nation that may negatively impact mail delivery.  We write to seek answers regarding operational changes at the U.S. Postal Service that have the potential to affect the quality of service for all Americans.  It is essential that the Postal Service not slow down mail or in any way compromise service for veterans, small businesses, rural communities, seniors, and millions of Americans who rely on the mail – including significant numbers who will be relying on the Postal Service to exercise their right to vote.  However, your failure to provide Congress with relevant information about these recent changes or to clarify to postal employees what changes you have directed as Postmaster General, undermines public trust and only increases concerns that service compromises will grow in advance of the election and peak mail volumes in November.

In recent weeks, the Postal Service has refused to clarify, publicly or to Congress, its intentions regarding reported operational changes.  On July 17, 2020 Ranking Member Peters wrote to you seeking information about two documents that discussed operational changes at the Postal Service.  One document, a “mandatory stand-up talk” for employees, strictly limits carrier trips out of processing centers to deliver mail.  It states, “we may see mail left behind or mail on the workroom floor or docks” and positions these changes as part of an “ongoing pivot.”[1]  The second document, entitled “PMG’s Expectations and Plan,” discussed eliminating overtime, restrictions on certain letter carrier activities, and other potential changes, purportedly aimed at cutting costs.[2]  On July 22, 2020, the Postal Service replied to the letter, stating “Neither document originated from Postal Service Headquarters” claimed either District or Area leaders prepared both documents.  However, the Postal Service did not publicly discourage or deny these changes, nor did you issue any clarification to employees and managers stating whether or not they should implement these changes.

In seeming contradiction to your claims, anonymous complaints in various areas of the country have identified that managers in processing plants have directed the elimination of overtime and the cessation of any additional trips to deliver mail, which correspond to overtime.  Of particular concern, these directives have reportedly been delivered verbally.  The Postal Service has not provided any documentation of these directives, nor clarified whether or not you as Postmaster General have originated or issued these directives.  Employees and constituents have raised concerns that, as alluded to in the document referenced above, this change has led to mail left behind on the workroom floor or docks overnight, impacting delivery times.

The Postal Service also announced a “test” of new procedures for letter carriers on July 16, 2020, but did not discuss it with letter carrier unions first.  This experimental procedure, called “Expedited Street/Afternoon Sortation” will be tested in 384 post offices.  It changes mail sorting and delivery timing in post offices, so that significant volumes of mail that come in early on one day could be left overnight to be delivered the following morning.[4]  We are concerned about potential mail delays as a result of this test, and about any changes that the Postal Service may be directing or allowing in post offices beyond the test area, without proper consultation.

In making any changes to Postal Service operations, you should carefully study their service impacts, costs, and other factors in advance, and implement them in a clear and well-documented manner, with the cooperation of unions and key postal stakeholders.  It is unacceptable to implement broad and non-transparent changes that may slow down service during a pandemic, when the Postal Service’s capacity as an essential agency is already strained.  The Postmaster General must abide by all statutes and regulations, working with the Board of Governors, Congress, the Postal Regulatory Commission, and the Office of the Inspector General to ensure operations are well-studied and transparent.  Decisions about the Postal Service’s financial future must be made in the context of a comprehensive, long-term plan involving stakeholders and Congress.  The scope, potential impact, and particularly, the timing of these reported changes and your failure to adequately address them are unacceptable.

Please provide detailed responses to the following questions by August 4, 2020:

1.              Which “operational efforts” (hereinafter referred to as operational changes) have you, as Postmaster General, directed Postal Service managers, including Area and District leadership, to implement?  Please submit a full explanation of each operational change you have directed, and a written justification for each.

2.              Which communications have you made to direct these operational changes, if applicable?

a.     Please describe all communications you or Postal Service headquarters employees have made to Area and District leadership regarding these changes, including calls, video conferences, and written directives if applicable.

3.              Please provide a list of all processing centers and post offices that have implemented operational changes under your leadership.  If other managers implemented changes that you did not direct, please explain why and clarify your position on these changes.

a.     Please provide copies of any written directives that Postal Service management have issued to employees in the past month directing operational changes in any specific workplace.

a.     Please provide the most recent month of nationwide service performance data.

b.     Please provide copies of Daily Mail Condition Reports for the past month from each location that has implemented operational changes, including the ESAS test or changes at processing centers.

5.              What factors did you analyze and consider before making these operational changes?  Please describe any analysis you conducted, and the results of such analysis, on factors including: potential-effect on service performance, cost of implementation, and cost savings.

6.              It appears the Postal Service did not consult meaningfully with any stakeholders, including unions, mailing industry stakeholders, or others, before implementing these operational changes.  Please explain why.

Thank you for your attention to this matter.