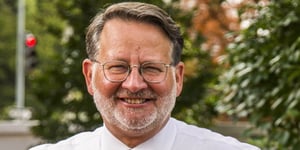 WASHINGTON, DC – U.S. Senator Gary Peters (MI), Chairman of the Homeland Security and Governmental Affairs Committee, is leading efforts to hold the Department of Defense (DoD) accountable for missing major perfluoroalkyl and polyfluoroalkyl substances (PFAS) reporting deadlines to Congress and to urge DoD to take additional action to protect Michigan communities from PFAS exposure – including at sites like the decommissioned Wurtsmith and K.I. Sawyer Airforce Bases, as well as Camp Grayling. Peters addressed each of these concerns in two separate letters to Defense Secretary Lloyd Austin and requested the Department of Defense provide updates by the end of this month. In an Armed Services Committee hearing today, Peters pressed Air Force Secretary Frank Kendall on DoD’s missed deadlines and the Secretary’s personal PFAS-related priorities.

“Michigan communities and families and our military are being harmed by PFAS contamination. While we’ve made progress on identifying and working toward mitigating these dangerous chemicals, it’s entirely unacceptable the Department of Defense missed key reporting deadlines required by law and has failed to implement detailed clean-up measures,” said Senator Peters. “It’s essential that Congress, our servicemembers and our local communities have a clear understanding how the Department of Defense is addressing this urgent environmental and public health issue. I’ll continue to press for answers and seek accountability to ensure PFAS remediation efforts prioritize the health and safety of Michiganders and all Americans.”

In his first letter, Peters holds DoD accountable for recently missing two key PFAS reporting deadlines, which he raised directly with Air Force Secretary Kendall in a Senate Armed Services committee hearing today. The first missed deadline was required due to a provision Peters authored into law with Senator Debbie Stabenow as part of the 2020 National Defense Authorization Act that encourages DoD to enter into cooperative agreements with states regarding the testing and remediation of PFAS contamination. Peters’ provision also requires DoD to report to Congress if a cooperative agreement is not reached within one year of the request from the state. On March 31, 2021, Governor Whitmer invoked Peters’ provision and requested DoD meet Michigan’s PFAS standards at all DoD linked contamination sites. DoD has yet to respond to Governor Whitmer’s request and therefore missed the March 31, 2022 congressional reporting deadline. Peters is now calling on DoD to explain their resistance to enter into an agreement with the State of Michigan and promptly establish a timeline for finalizing the agreement.

Additionally, DoD missed the March 1, 2022 deadline for reporting to Congress on the status of PFAS remediation efforts at 50 priority military installations, including the K.I. Sawyer and Wurtsmith Air Force Bases in Michigan. As a result, Peters urges DoD to prioritize using the most stringent PFAS standards, whether they be local, state, or federal, when it releases its cleanup plans and timelines.

You can read full text of this letter here.

In his second letter, Peters addresses concerns regarding elevated PFAS contamination levels surrounding the Camp Grayling Joint Maneuver Training Center. In May 2017, DoD officials first identified PFAS in Grayling groundwater above EPA health advisory levels. Since then, roughly 400 residential and groundwater monitoring wells have exceeded acceptable PFAS levels in the surrounding area. In July 2021, the DoD Office of Inspector General (OIG) included Camp Grayling in a report on the DoD’s efforts to control PFAS contamination. That report concluded that Camp Grayling’s handling of PFAS containments may be exposing people and the environment to preventable risks.

Recently, DoD noted that 128 off-installation residential drinking water wells adjacent to Grayling Army Airfield were sampled for PFOS/PFOA and one well exceeded the EPA Health Advisory levels. In response to this public health threat to the surrounding community, Peters is calling on DoD to provide additional details on actions to keep residents safe and drinking water clean.

You can read full text of this letter here.

These actions build on Peters’ long-term efforts to address PFAS contamination in Michigan and across the country. In December, Peters convened a hearing to examine how servicemembers, their families and communities in Michigan and across the country have been harmed by exposure to toxic PFAS connected to military sites and raised the need to hold DoD accountable for their failure to act.

Peters’ bill to help protect firefighters and emergency responders from PFAS exposure in the line of duty has passed the Senate. Peters also helped pass the bipartisan infrastructure law, which invests in clean drinking water and includes dedicated funding to address PFAS contamination. He supported or led provisions in the 2019 national defense bill banning the Department of Defense from purchasing firefighting foams containing PFAS. The bill also immediately prohibited the use of firefighting foams containing PFAS in military training exercises, and enhanced state cooperation with the Department of Defense regarding clean-up due to PFAS contamination stemming from military-related activities.

In September 2018, Peters helped convene the first hearing on PFAS contamination in the Senate, assessing the federal response to contamination and remediation. He then convened a field summit in Grand Rapids in November 2018 to shine a light on how the local, state and federal governments are coordinating their response to PFAS.