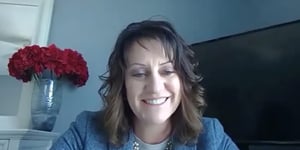 Chris Holman welcomes attorney Patricia Scott to the Michigan Business Beat to cover the latest on the receivership act amendment. She explains what is receivership, who governs it, the most recent changes, and the significance of those changes.

· In short: a receivership is a liquidation alternative to bankruptcy

· A Receiver is appointed to manage all of the Debtor's assets and liabilities – creating what is called a "Receivership Estate."

· The Receiver is an officer of the court who takes possession, custody and control of specified real or personal property – the Receivership Estate - and then disposes of that property for the benefit of creditors.

· Even though it is often the debtor's largest secured creditor that seeks, and ultimately benefits from, the appointment of a Receiver, the Receiver's obligations and duties are to the entire estate and to all creditors.

· Receivers can also be appointed for several other reasons, such as to: enforce judgments, enforce construction liens, dissolve corporations, and operate establishments possessing liquor licenses.

· Purpose: to avoid waste/ diminution in value or fraud

· Commercial Setting: State Statute – MCL 554.1011, et seq: the court may appoint a receiver over property in connection with the enforcement of a security instrument often:

§ to protect the property from waste, loss, transfer, dissipation, or impairment or

§ because the debtor agreed in a signed document to appointment of a receiver upon default. (STATUTE AMENDED HERE)

o Less often used in commercial setting (Used to be only remedy):

§ MCL 600.2927: Mortgage on real estate required, designed to avoid waste – failure of a mortgagor to pay taxes assessed against mortgaged property or to pay insurance premiums constitutes waste, and that “the circuit court having jurisdiction of such property may, . . . appoint a receiver of the property for the purpose of preventing such waste.”

§ MCL 600.2926: Equitable Power – less often used. “Circuit court judges in the exercise of their equitable powers, may appoint receivers in all cases pending where appointment is allowed by law. . .” – often debtor agreed to in writing.

3. What was the most recent change to the Receivership Act?

· There were also changes similar to the Court Rules in 2014 that streamline the process for appointment of a receiver and more inline with MCR 2.622 – they are more procedural in nature

4. How or why is that significant?

· Now, if for instance, a lender has a security interest in all of a restaurant’s assets, but the restaurant rents its location, and does not own the real estate, the lender can still pursue the remedy of receivership to liquidate the operating entity and those assets

· Mostly creditors, but also for debtors

· There are many instances were the remedy of receivership is mutually agreed upon, and the debtor wishes to have the consensual liquidation of its assets