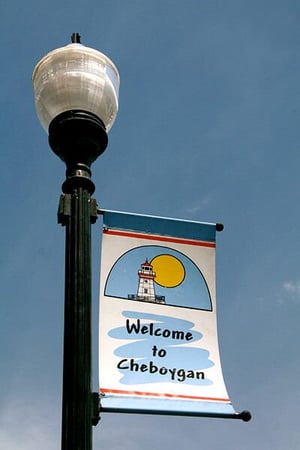 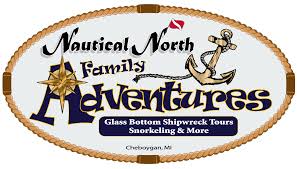 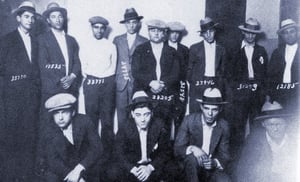 Here she shares more of the history of Cheboygan, the community, the Nautical North Family Adventures Glass Bottom Shipwreck Tours and so much more. They also note the "distinction and honor" or having the Hack-Ma-Tack Inn named most Iconic in the State of Michigan by MLive. Noreen shares the uniqueness of Cheboygan, the many volunteers and outstanding philanthropy bestowed upon the beautiful community - all on the SUNRISE SIDE of Michigan!!

To hear the second of two interviews between Noreen and Sue click play on the PodCast below.

More about today's guest. Noreen Keating; is a business leader with numerous accomplishments under her belt. She graduated from University of Detroit Mercy with a Bachelor of Arts degree in Social Work and an Honorary Doctorate of Humane Letters. She also completed Non Profit Management Training at Harvard Business School.

Noreen has used her education to the benefit of many residents of Michigan to create and implement Lighthouse Emergency Services in Clarkston, Lighthouse PATH and Montessori childcare, the Oakland County community housing development program Lighthouse Community Development, fundraising for the Kresge Van Dusen Endowment ($1.1 million), Keepers of Hope Program & Endowment Campaign ($6.7 million) and over $1 million for The Noreen Keating Endowment for Lighthouse of Oakland County. She also raised funds for the construction of the Operations Building of The Robert and Mary Flint Campus of Caring.

Her work as a consultant to both non- and for-profit business and prior as CEO/President of Lighthouse of Oakland County, Inc., garnered her numerous awards in recognition of her dedication. These awards include: Circle of Hope Award – CareHouse of Oakland County, University of Detroit Mercy Hall of Honor, Oakland Schools Housing Advocate Award, Community Leader Award – Bloomfield Hills Rotary Club, Detroit’s Enterprising Women – Detroit Historical Society, Michiganian of the Year – Detroit Newspaper Agency, Crain’s Detroit Business Best Managed Nonprofit Award, Athena Award – Oakland County Chamber of Commerce, Executive of the Year/Program of the Year Award – United Way Community Services and as a group with other Lighthouse volunteers, the 376th Point of Light Award from President Bush.

She and her husband Terrance live in Auburn Hills and Cheboygan and have 2 sons and 1 grandchild. In her downtime Noreen enjoys gardening, travel and reading.