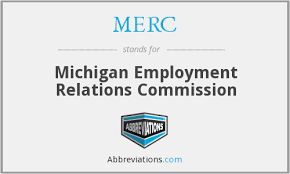 Lansing – Gov. Rick Snyder today is calling on the road building unions and contractors to meet and find a way to resolve their differences quickly before any projects are significantly delayed. He also is consulting with the Attorney General to provide guidance on whether this situation can legally be classified as a labor dispute, so the Governor could take additional actions on behalf of Michigan residents.

For approximately the past two weeks, the Operating Engineers 324 union and the Michigan Infrastructure and Transportation Association (MITA), which represents contractors, have been involved in a standoff over negotiations on state highway projects. The latest move was for MITA to establish a lockout of union members at more than 150 road projects statewide that have now had little to no progress.

At Gov. Snyder’s direction, staff from the Michigan Employment Relations Commission have informally reached out to the union and the contractor’s association, offering mediation and arbitration assistance. Neither side has accepted the offer.

“This is a terrible situation and the drivers of Michigan need both sides to sit down and resolve their differences soon, so they can get back to work,” Snyder said. “This is an unprecedented work stoppage at a time when we are providing historic levels of funding for road and bridge projects in Michigan. I’m sure most Michiganders would agree with me that this makes no sense and the parties involved need to get serious about resolving their differences.”

Because the dispute is between contractors and their employees, the Michigan Department of Transportation and other state agencies have limited legal authority to have any effect on the negotiations. The Attorney General’s advice on whether the situation is legally a labor dispute or not would provide guidance on actions that MDOT might have to enforce contract provisions. Those actions would include activating or denying extensions of time provided for in the contracts and the possible related penalties for late completion.

Gov. Snyder also has directed Executive Office and MDOT staff to begin working on other possible options the state could pursue. These options could include legislation, court action, or other remedies to require both sides in the road-building dispute to return to work on the stalled projects.