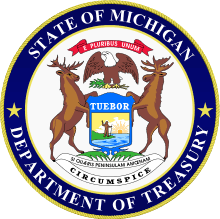 Guilfoyle previously worked at Treasury from 1998 through 2009, serving in several positions, including director, within the Economic and Revenue Forecasting Division and the Office of Revenue and Tax Analysis (ORTA).

“Jeff’s expertise as an economist, K-12 policy and Michigan’s budget and tax system will be a great complement to Treasury’s administrative team,” said Treasurer Rachael Eubanks. “I am excited that Jeff has agreed to return to Treasury to work with us to serve Michigan’s local government units, schools and taxpayers.”

After leaving Treasury in 2009 Guilfoyle served as the President of Citizens Research Council of Michigan. Since 2014 he has served as Vice President of Public Sector Consultants developing solutions to complex public policy issues.