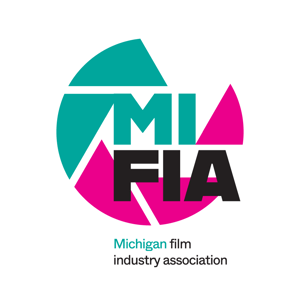 Jeffrey Mosher speaks with Peter Klein, Secretary-Treasurer of the Michigan Film Industry Association. Lansing, but serving the state of Michigan.

Hear Peter and Jeffrey discuss the Michigan Film Industry Association and proposed incentives in the Podcast shared below:

Welcome Peter, could you start off by familiarizing the Michigan business community with what the Michigan Film Industry Association is?

We understand that the Industry turned out recently for MiFIA town hall 300+ gather for networking, and support of incentive legislation, what is that legislation and why is it crucial for your industry?

Some energy and momentum for MiFIA can you share anything about the newly elected officers and appointed board members who are passionate about bringing good-paying jobs and keeping talent in Michigan?

As we wrap up, is there anything else to share about MiFIA or the incentive legislation?

In late April MiFIA put out a press release about support for the incentives.

A social hour kicked off the evening, providing an in-person opportunity for networking between filmmakers, photographers, lighting crew members, and the industry’s many hard-working men and women. The town hall followed with a panel discussion on MiFIA’s legislation to create a pro-jobs, pro-economy film incentive program in Michigan.

“Metro Detroit turned out in force tonight to show their support of our industry and their passion for returning a film incentive to this great state,” said David Haddad, MiFIA chair. “Tonight is proof that we are energized and ready to get these bills across the finish line and enacted into law.”

The Michigan Film Industry Association aims to create a film incentive program in Michigan. The organization has worked tirelessly to draft bipartisan, pro-jobs legislation to boost the state’s economy, retain and attract talent, and compete with 40 other U.S. states with film incentives. The bills, SBs 862-863 and HBs 5724-25, await action in committee.

The metro Detroit town hall kicked off a series of events. Others are scheduled for May 9 at the Workshop Brewing Company in Traverse City and May 11 at Lowing Studios in Grand Rapids.

“The turnout for tonight’s town hall demonstrates the excitement to return filmmaking to Michigan,” said Diane Stratton, event organizer, and owner of Stratton Camera. “We are determined to keep our talent here and showcase our great state.”