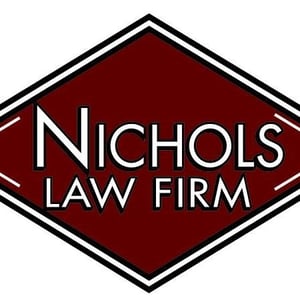 Tony Conley is a newer content contributor and show host for Michigan Business Network. To wrap up his twelfth episode, Tony has a three-segment conversation about how the media covers law, legal cases, and COVID.

Listen to Michael and Tony's conversation by clicking on the PodCast playlist below!

Michael J. (Mike) Nichols is one of the leading trial attorneys in the State of Michigan. He also co-authored a chapter update for the West Publication ‘‘Inside the Minds’’ with Dr. Andreas Stolz, Ph.D., and Ted Vosk called ‘‘DUI Mathematics.’’ Mike and attorney Jeremy Brehmer, Esq. then collaborated with Dr. Stolz on measurement uncertainty, limits of detection, and validation for the same publication. Mike has presented several times at national conferences for the National College for DUI Defense, the DUI Defense Lawyers of America, and the American Academy of Forensic Sciences. The “West OWI Handbook” is now in its second decade!
Mike Nichols is an adjunct professor at Western Michigan University’s Thomas M. Cooley law school’s Lansing campus, focusing on DUI Law and Practice and Forensic Evidence in Criminal Law.

Mike Nichols is an active trial lawyer focusing on defending those accused of driving while impaired by drugs or alcohol. His recent successful cases include defending a man charged with 2nd Degree Murder for his second fatal accident in which he was driving and alcohol was in his system along with marijuana and other drugs (People v Hawk Berning). He secured a not guilty verdict in 30 seconds in a case involving a .14 breath alcohol content in East Lansing, teaming with retired contractor Dale Haverdink. Mr. Haverdink was the 120-day service technician for National Patent Analytical Systems (NPAS), the original manufacturer of the Datmaster DMT breath test device and he now consults with the Nichols Law Firm, PLLC. Mike successfully defended State Representative Cindy Gamrat, who was exonerated when District Court Judge Hugh B. Clarke (ret) dismissed all charges against her filed by former Attorney General Bill Schuette (this was a non-DUI case that the NLF took on because, as Mike told the press “this was a political stunt”).

He also focuses on complex forensic issues and other limited litigation matters. For example, Mike Nichols defended the driver accused in what is believed to be the first-ever black box vehicular homicide case and won a not guilty in People v Wood. He is a founding member of the Nichols Law Firm, PLLC in East Lansing. The firm was launched by Mike and Wendy Schiller-Nichols in 2006 while Mike was co-counsel that year on one of the most notorious murder trials in Michigan history, People v Holland.

Mike is an active member of the Criminal Defense Attorneys of Michigan (CDAM) since 2000, serving on the Rules and Laws (legislative committee). He was a CDAM Trial College Faculty member in 2010 and 2011. Mike helped launch the Michigan Association of OWI Attorneys (MIAOWIA) in 2012. Mike and Wendy live in East Lansing and are practicing Catholics and members of St. Thomas Aquinas/St. John Student Center Parish. They have 2 kids (Lauren and Christian) in college and a 3rd daughter, Morgan, still at home. He is a proud graduate of Michigan State University and was thrilled to give Cassius Winston, one of the greatest Spartans of all time, his first job “my best lawyering was convincing him to go into something other than the law.”

Why are we still guessing?

Media Business , hosted by Tony Conley,As a media veteran with more than 25 years of working experience working in television, radio, print, and social media platforms, Tony and his guests will explore the business of the media. Does the media care about journalistic integrity, proper reporting, making profits, telling all sides of every story? Is the media now an opinion based entity focused on its own agenda and do they favor sides? How does the media influence business and how does business influence the media? What are the solutions to the frenzy of Media Madness? Media Business will present all sides of these stories and let you decide.
Connect on:
Facebook LinkedIn Twitter