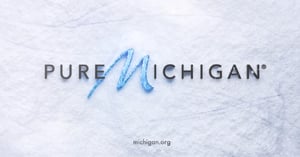 Tony Conley is a newer content contributor and show host for Michigan Business Network. To wrap up his sixteenth episode, Tony has a three-segment conversation welcoming back for a third time the Managing Editor of Michigan Capitol Confidential, a daily news site of the Mackinac Center for Public Policy.

He joins Tom Gantert primarily to review a Bloomberg article touting Michigan as the No. 1 US economy, has grown the most in its history.

Listen to Tom and Tony's conversation by clicking on the PodCast playlist below!

Michigan Business Network · Media Business | How Media Covers Michigan's Economy
When Gantert arrived at Capitol Confidential as Senior Capitol Correspondent in February 2010, he already had extensive experience as a journalist, having worked for more than 20 years at Michigan daily newspapers, including The Jackson Citizen Patriot, Lansing State Journal and Ann Arbor News. Gantert also served a four-month stint at USA Today as part of a Gannett Corporation loaner program. In 2008, Gantert was The Ann Arbor News writer of the year, and in September 2009, he founded Reporting Michigan, a nonprofit news Web site.
Gantert holds a bachelor's degree in journalism from Michigan State University. He has two sons and lives in Jackson, Mich.
The article in reference for this conversation was Bloomberg: Michigan has the No. 1 US economy, has grown the most in its history - Data shows promising rebound in Michigan

The state of Michigan is leading the way in economic growth in the U.S. -- according to data compiled by Bloomberg.

Bloomberg published data last week, showing that Michigan’s economy has improved “the most in its history” since the pandemic started in 2020.

Among 37 states with a population greater than 2 million, Michigan is No. 1 based on equally weighted measures of employment, personal income, home prices, mortgage delinquency, state tax revenue, and the stock market performance of its publicly-traded companies, according to data compiled by Bloomberg.

Bloomberg says Michigan since Gov. Gretchen Whitmer took over, has become a standout for investors. In the market for local government debt, the state’s AA-rated bonds returned 5.6% (income plus appreciation) since April 2020, outperforming neighboring Wisconsin (4.3%), Indiana (4.7%), and Ohio (4.7%) as well as the entire municipal market (5.3%), according to data compiled by Bloomberg. Bonds issued by the Michigan Strategic Fund returned 15% while those of the Detroit Downtown Development project gained 14%, according to data compiled by Bloomberg.

Conley and Gantert review the data, seeing the categories picked as arbitrary and the strong growth also as a function of the deeper trough Michigan went into during the early days of COVID having more of a floor to rebound from in the economic recovery.

Thank you to Benjamin Robinson and Motor City Skyline's music

Media Business , hosted by Tony Conley,As a media veteran with more than 25 years of working experience working in television, radio, print, and social media platforms, Tony and his guests will explore the business of the media. Does the media care about journalistic integrity, proper reporting, making profits, telling all sides of every story? Is the media now an opinion based entity focused on its own agenda and do they favor sides? How does the media influence business and how does business influence the media? What are the solutions to the frenzy of Media Madness? Media Business will present all sides of these stories and let you decide.
Connect on:
Facebook LinkedIn Twitter