Connect with your
International Trade Manager

In June, the MEDC adjusted its organizational structure to promote efficiencies and cross-collaboration between business units. As a result, the MEDC has created a new Market Development team, comprised of both industry and policy experts. Jeanne Broad has shifted from her role as International Trade Manager (ITM) to focus on trade policy and international development as a member of the Market Development team. Since Jeanne's transition, the ITM territories have been redistributed among the remaining five ITMs.

Click here to view the updated territory map. While most areas of the state remain unchanged, a few counties have been affected. If you have questions regarding your company's point-of-contact, please email us at export@michigan.org. 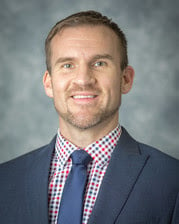 Jake is an International Trade Manager who now covers counties in regions 4, 6, 7, and 10. Jake has been working with the MEDC since 2009 and on the International Trade team for the last 3 years. At the MEDC, Jake has also been involved in business development and outreach involving a variety of tax, workers’ compensation, and business cost issues. Prior to his employment with the MEDC, he worked with a multinational insurance firm specializing in the manufacturing and agricultural industries. 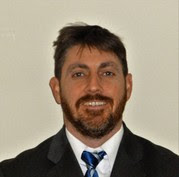 Brendan is an International Trade Manager who now covers counties in region 9. He started with the MEDC in January 2018. Brendan's previous experience was in the private sector, where he worked for 8 years setting up multi-million dollar sales operations throughout Latin America in the biotech and potable water markets. 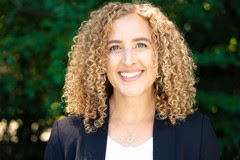 Alyssa Tracey (shown right) joined MEDC's International Trade Team as the program Director in July. Over the past 3 years, she has worked as an MEDC Business Development Manager in Michigan's southeast region, along with covering some statewide strategic accounts. In this role, she has coordinated state and local support for business expansions that have resulted in the creation of 3,319 new jobs and nearly $740 million in private investment. She has also contributed to the success of special projects such as Paris Air Show in 2017 & 2019, CES 2018, NAIAS 2019, and more.

Prior to joining the MEDC, Alyssa was a Senior Economic Development Specialist for Macomb County where she was responsible for business attraction and retention responsibilities for defense, automotive, and aerospace industries. Alyssa has a B.A. in International Relations from MSU and an M.A. in Modern Middle East & North African Studies from UofM. She is fluent in French, is certified as an Economic Development Finance Professional (EDFP), and also serves as the Director of Mentorship for the Women in Defense (WID) Michigan Chapter.

Natalie Chmiko (shown left) now oversees MEDC's International Trade and Pure Michigan Business Connect programs on a strategic level as Vice President. Promoted to this position in June, Natalie is a longtime member of the Trade Team. Natalie joined the MEDC in 2014 and has been a catalyst for growth and improvement in the team's day-to-day operations and overall success in every role she’s held.

In her previous role as International Trade Director, she fostered a network of federal, state, and local partners that is stronger than ever, offering a comprehensive and guided exporting assistance experience for Michigan businesses. Under her leadership, the Trade team facilitated $1.5 million in export sales, a 97% increase in export sales since Natalie’s promotion to Director in 2017.  This equates to creating or retaining 6,962 Michigan jobs.

Prior to joining the MEDC, Natalie was an Assistant Economic Developer at Saginaw Future, Inc. Natalie has a B.A. in International Business from Saginaw Valley State University. She is certified as a Certified Global Business Professional (CGBP) and also serves as an Ex-Officio member of the East and West Michigan District Export Councils.