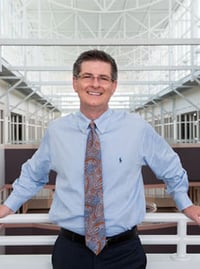 By Dan Wyant (shown to our right)

I (Dan Wyant) was privileged to serve as a judge for this year’s Michigan 50 Companies to Watch (CTW) awardees, who were announced a few days ago. As part of an annual recognition event hosted by Michigan Celebrates Small Business, the CTW awards showcase second-stage companies that are making a difference to Michigan’s economy.

This was my third time as a CTW judge, and it’s truly inspiring to read the applications and see all the innovation that’s going on in our state.

The diversity of entrepreneurship is not only amazing from an age, gender and industry perspective, but also from a geographic standpoint. CTW awardees have represented every region in Michigan, from larger cities to rural areas and the Upper Peninsula. 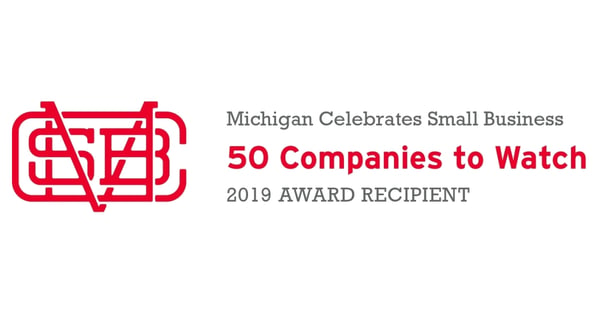 In addition to the ingenuity of awardees, I continue to be impressed by the rigorous vetting process. The call for nominations and applications begins in early September and runs for three months. This year we had 536 nominations (a record number), which resulted in 125 completed applications. This second number may sound small, but it reflects how thorough the process is. Unlike other awards programs, there are no fees with CTW. Yet companies are asked for a great deal of information including projected revenue for the current year, revenues for the past four years, number of employees, and descriptions of their core business.

Judges selected for the CTW awards come from a variety of backgrounds, which is important because companies are examined from different perspectives. Although growth is important, just because an applicant demonstrates strong revenue increases doesn’t mean they’re a shoo-in. Companies are also valued for their community involvement and innovation, such as breathing new life into old industries.

The judging begins in December. First, one group of judges (15 this year) evaluates all applications to determine finalists. Then in early January seven different judges (which included me) independently evaluate the finalists and score the companies on a number of metrics. Later in the month we get together in person to do a deeper dive and determine the final awardees, along with alternates. It’s a long day because everyone has to be in complete agreement on the winners. This is followed by a period of due diligence: Gordon Advisers P.C., a third-party accounting firm, conducts research into the financial and reputational history of provisional winners to see if there are any red flags.

This year marks the 15th year for Michigan’s CTW awards, and both the application and judging processes have evolved considerably over time. About four years ago, an online system was introduced. Besides saving a lot of paper, it makes the judging more efficient. As I mentioned before, the applications contain a lot of information and viewing it online felt less overwhelming to me than working my way through a stack of documents that measures three inches or more. The online system also makes it easier to score applicants and tabulate results. On the final judging day, we’re able to see how companies rank by total score, along with the average score and any outliers.

I want to recognize Joshua Marko, who has been managing the nomination and judging process since he joined the Michigan SBDC in 2017. A technological whiz, Josh has made a number of recent innovations, such as:

The attention to detail given to the CTW program really reinforces the caliber of the companies coming out of it. At the end of the day, you can be confident that you’ve identified some of the best and brightest. They truly are 50 companies to watch.

+ Small Business Person of the Year

Click here for tips on submitting a winning award nomination!