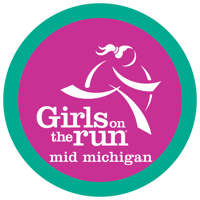 A virtual force for change in the film industry

The gender disparity in film is real. Women are still painfully underrepresented in this medium where the overall percentage of female directors from the past 13 years remains at 4.8%. However, change is happening. New research from the USC Annenberg Inclusion Initiative reveals that 10.6% of the directors of 2019’s top movies were women — the highest percentage in more than a decade.

LUNA® Bar has been fighting for change for twenty years. The brand has always committed to inspiring women, championing change, and demanding that equality be a right, not an option. These values fueled LUNA to create LUNAFEST, the first all-women traveling film festival, now in its 19th season and screening virtually for the first time in its history.

“Now more than ever, we’re seeing the importance of shining the light on women in film as well as continuing to support community organizations and connecting in new ways,” says Suzy Starke German, Program Director. In response to the impact of COVID-19 on live events, LUNAFEST has pivoted to a virtual format where guests can stream the film program all from the comfort and safety of their homes.

This family-friendly program consists of four short films covering topics such as gender identity, body image, relationships, cultural diversity and breaking barriers. These important films bring fresh perspectives and ideas that are changing the future of the film industry.

All proceeds from LUNAFEST will benefit Girls on the Run Mid Michigan as well as Chicken & Egg Pictures, a nonprofit organization that supports women nonfiction filmmakers whose artful and innovative storytelling catalyzes social change. To date, LUNAFEST has raised more than $5 Million for nonprofit organizations, featured 162 women filmmakers, and hosted over 2,000 screenings across North America.

TICKETS: $30 = one pair of running shoes for a girl in need

About Girls on the Run:  We inspire ALL girls to build confidence and make intentional decisions, while fostering care and compassion for self and others.  Trained coaches use physical activity and dynamic discussions to build social, emotional and physical skills in every girl while encouraging healthy habits for life.

About Girls on the Run
Based in Charlotte, N.C., Girls on the Run is a nonprofit organization with local Councils in all 50 states. Founded in 1996 with 13 girls, Girls on the Run has now served over 2 million girls. Throughout the program, girls in 3rd-8th grade develop social, emotional, and physical skills to successfully navigate life experiences. The program culminates with girls positively impacting their communities through a service project and being physically and emotionally prepared to complete a celebratory 5K event. With the most extensive 5K series by a number of events in the world, Girls on the Run hosts more than 330 5Ks per year. Girls on the Run is included as a top research-based program in a Social-Emotional Learning Guide developed by researchers at Harvard University and has been recognized by the National Afterschool Association (NAA) as one of the most influential after-school programs and has been recognized as a National Youth Sports Strategy (NYSS) Champion by the Office of Disease Prevention and Health Promotion (ODPHP) and the President's Council on Sports, Fitness & Nutrition. Visit gotrmidmichigan.org  to learn how to get involved in your community.