Federally, marijuana is still a Schedule I narcotic and therefore, illegal. However, last week legislation was introduced into Congress that would decriminalize marijuana and remove it from the list of illegal drugs in the Controlled Substances Act. Among other things, this legislation would expunge criminal records of marijuana use convictions and, of course, tax the sale of marijuana. 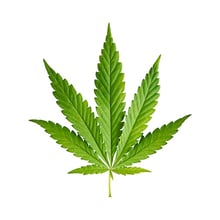 The wave of marijuana legalization is forcing employers to review and examine their substance abuse policies around drug testing practices. Under Michigan’s new recreational marijuana law employers can implement whatever substance use or abuse policy they deem appropriate for their workplace (federal contractors/subcontractors excepted).  There are no employment discrimination or protection concerns surrounding prohibiting and testing for marijuana use in Michigan.  ASE recommends employers review their policies, make adjustments to policy text that adds “prohibited substances” in addition to illegal substances (since marijuana is legal), and communicate the policy to employees and supervisors so everyone understands what is permitted and prohibited at the place of work.

The above said, the National Survey on Drug Use and Health by the Substance Abuse and Mental Health Services Administration Center for Behavioral Health Statistics and Quality estimates regular marijuana users in the millions. This reality is forcing employers to look at modifying zero tolerance substance abuse policies. ASE is receiving many calls to discuss modification of substance abuse policies and to consider treating marijuana use like alcohol use. Employees can use it but cannot come to work under its influence – the same as alcohol.

But how does an employer know whether someone is under the influence of marijuana? Unlike alcohol, testing positive drug for marijuana is not an indicator of being under the influence/high, it just demonstrates the person has used it recently.  One recent ASE hotline caller had a teacher that “smelled” of marijuana show up to teach a class of youngsters. This forced them to make a quick decision to send the person home, regardless of why they had the scent of marijuana on them.

Employers addressing circumstances such as the one above, will have to know how to correctly address reasonable suspicion of substance abuse. Correctly addressing employees suspected of being under the influence requires a clear policy and consistent practice of that policy, otherwise the employer risks a discrimination complaint. It could be discrimination based upon a protected class that the “busted” employee may be a member of and allegedly treated differently because of being in that protected class.

Modifying employment policies to accept recreational marijuana use is more than simple capitulation of another vice. In a tight labor market where skilled labor is very hard to find, finding and keeping an otherwise good worker may mean the difference between profit and loss, keeping customers happy, or being unable to meet a contract deliverable. On the other hand, should the economy slow down and the labor market loosen, employers may regain the ability to be choosy when it comes to who is working for them.

Although it is not advisable to change policies back and forth, when business conditions change, policies may change with them.