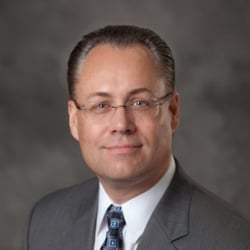 Hosted by Tomas Hult, this segment of the globalEDGE Business Beat highlights some of the discussion at the World Investment Forum 2018. Tomas Hult is Professor and Byington Endowed Chair in the Eli Broad College of Business at Michigan State University. International production, strategic global investments, and the infrastructure design of global supply chains are all a function of driving satisfaction among a company’s customers (and perhaps some can argue satisfaction among a country’s citizens).

To practically highlight some of these issues globally, this segment incorporates my take on global trade and production as well as several highlights from the recent World Investment Forum in Geneva, Switzerland that took place October 22-26, 2018.The commentaries include Mukhisa Kituyi, Secretary General of UNCTAD; Alain Berset, President of Switzerland; Maria Fernanda Espinosa Garces, President of the 73rd Session of the UN General Assembly; Michael Moller, Director-General of the UN Office at Geneva; Gabriela Cuevas Barron, Interparliamentary Union President; and Nandini Sukumar, CEO of the World Federation of Exchanges. Interestingly, the highlights also include a dialogue between Mukhisa Kituyi, Secretary General of UNCTAD and Sophia, the first Humanoid Robot to be invited to the World Investment Forum.