LANSING, Mich. – Friday, Governor Gretchen Whitmer celebrated the reopening of the East Washington Street bridge in Jackson to traffic, the third bridge repaired under the Rebuilding MI Bridges program in partnership with the Michigan Department of Transportation. This announcement comes a day after the 33 Mile Road bridge in Macomb County, the second bridge in the program, also reopened to traffic. The Rebuilding MI Bridges program is a bundling program, which covers several locations under one contract, streamlines coordination and permitting, increases economies of scale, and improves bridge conditions on local routes around the state.

"Across Michigan, we are moving dirt to fix roads and bridges, keeping drivers safe and saving them time and money. Today, I was proud to join the hardworking crew in Jackson to reopen the East Washington Street bridge, which links the east and west sides of the city," said Governor Whitmer. “Since I took office through the end of 2022, we will fix over 16,000 lane miles of road and more than 1,200 bridges, supporting nearly 89,000 jobs. We’re fixing our infrastructure with the right mix and material, so it stays fixed. Last year, I signed a bipartisan bill that will fix 59 additional bridges across the state and today, I am proud that our bridge repair efforts, including MDOT’s local bridge bundling pilot program, continue to make progress. The projects we’re moving forward with will support more good-paying jobs and deliver on an issue that matters to us all—safe, reliable infrastructure. Let’s get it done."

The bridge over the Grand River is a small but important piece of the transportation network in the community. Before the rebuilding project, the overall condition of the bridge was rated “poor” and the bridge was posted with reduced weight limits. The project had originally been planned to start last fall, but potential issues with the steel supply chain delayed the start of all bridge bundling projects until this spring.

“Washington Street is right off the trunkline going into an industrial area. The bridge serves as a connector,” Jackson city engineer Jon Dowling said. “The project, once it got going, has gone great and construction went quickly.”

The city is expected to see another bridge repaired on the East Ganson Street bridge over the Grand River. 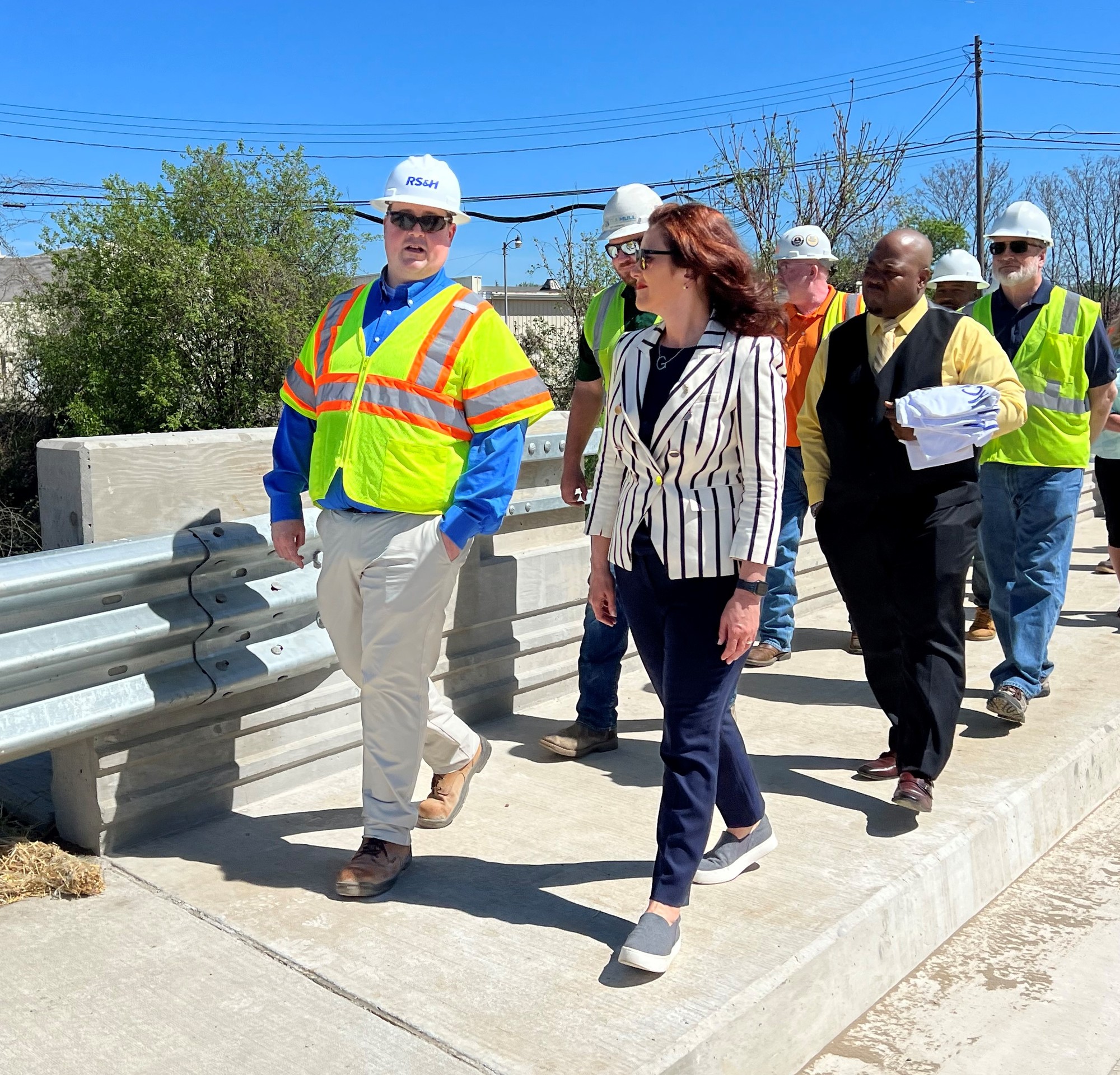 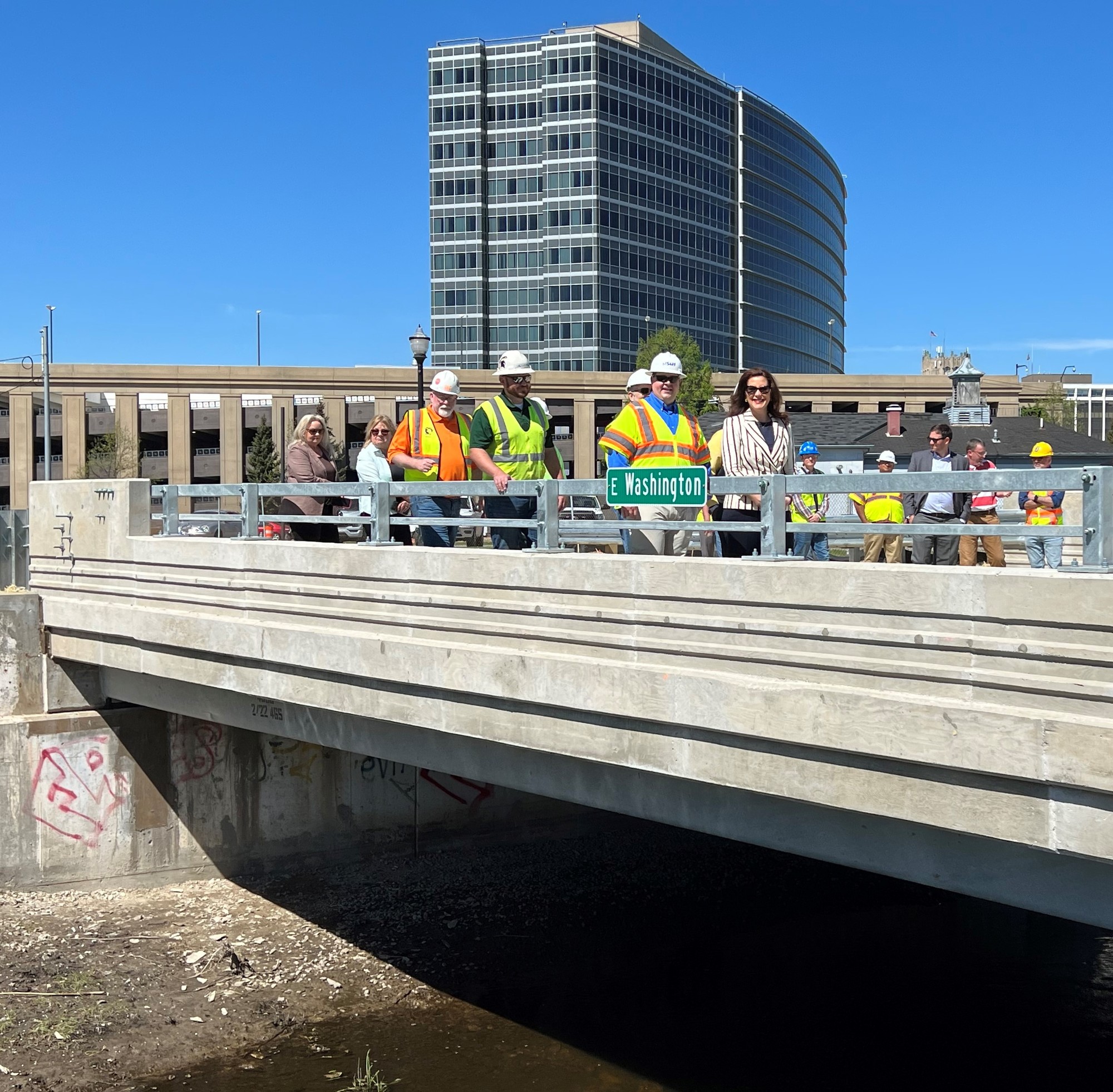 The bridge carries an important east-west route for rural traffic headed to Romeo and Richmond. This bridge was in serious condition and was under load restrictions before repairs. The bridge bundling program was a great resource for the Macomb County Department of Roads as it strives for a sustainable balance of bridge replacement, improvements and preventive maintenance to limit the number of bridges that slip into poor, serious or critical condition. Macomb County has three bridges included in the pilot program.

“Having a few of the bridge superstructures that are in critical condition replaced within the bridge bundle pilot project has given the MCDR an opportunity to focus on implementing a mix of fixes for the remainder of our bridge inventory with traditional resources and funding,” said Adam Newton, project engineer for the Macomb County Department of Roads. 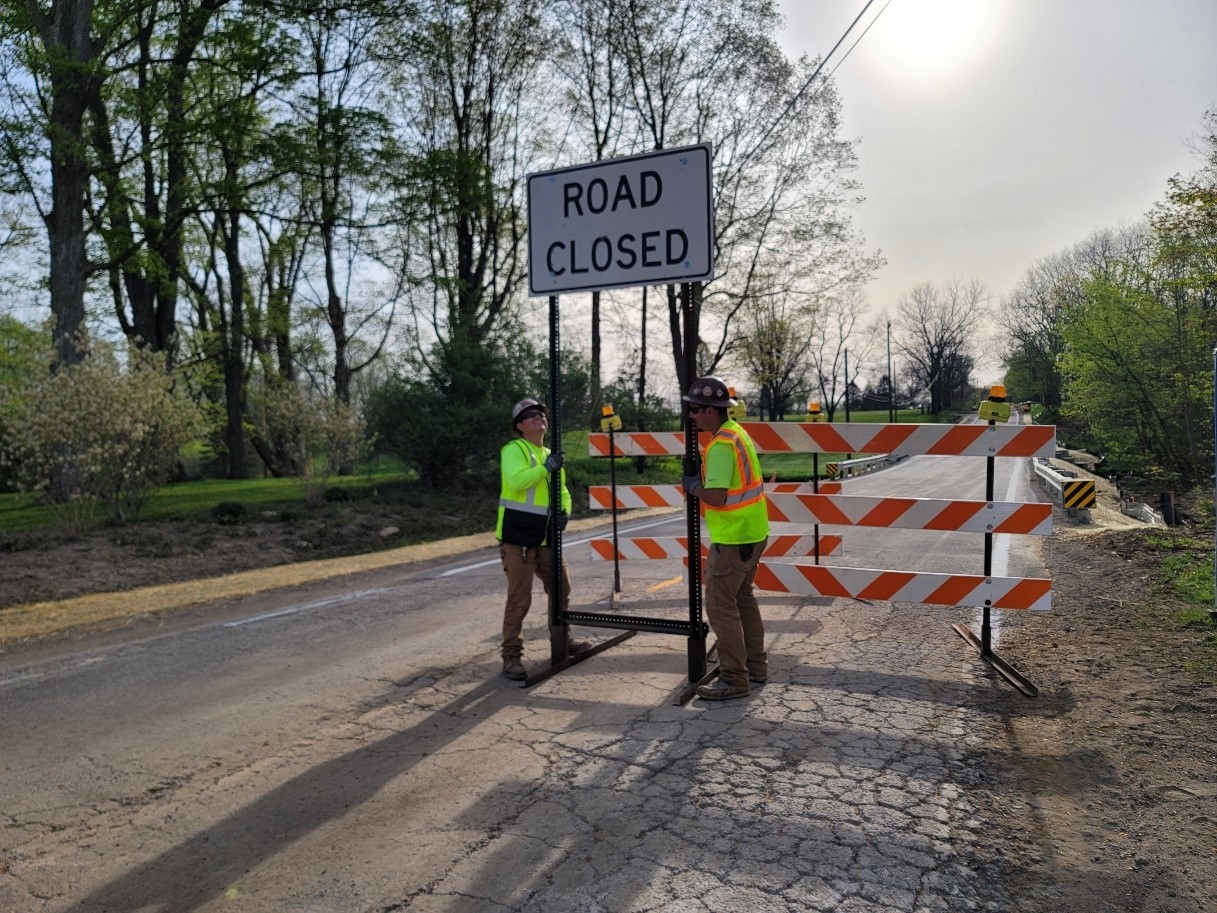 This year's bridge bundling pilot project, the first of its kind in Michigan, is repairing 19 bridges in serious or critical condition that are owned by local agencies. Each bridge will have its superstructure replaced, which includes full removal and replacement of the bridge deck and supporting beams.

Major repairs on several other local bridges continue this month as the pilot project moves forward. Six bridge projects started in March and April. Three are now largely complete. All the bridges encompassed by the program will be completed and reopened to traffic within 60 or 90 days from the start of repairs.

Repairs on the Mason Road bridge over the south branch of the Shiawassee River in Livingston County are scheduled to begin May 31.

The program’s online dashboard at Michigan.gov/BridgeBundling provides project updates and shows percent completion, detour routes, and other information for each of these projects.

$196 million in federal COVID relief funds appropriated by Governor Whitmer and the Legislature will allow the state to execute Phase II of the bridge bundling program, beginning later this year, to address 59 more bridges.

A list of the Phase II bridges, which were prioritized based on regional mobility and safety, is available here. Phase II focuses on closed and load-posted bridges. Some will be permanently removed while others will be fully replaced.

MDOT expects bridge bundling, which covers several bridge locations under one contract, to streamline coordination and permitting, increase economies of scale, and improve bridge conditions on local routes around the state. MDOT is working to expand the approach, already in use on state trunkline projects, to address locally owned bridges.

The remaining 12 bridges to be rebuilt this year under the pilot project, along with scheduled start dates and contracted length of the project, are: