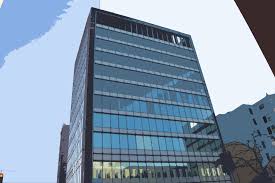 LANSING, Mich. – A pivotal property in the heart of downtown Lansing is moving toward redevelopment. The Farnum Building is located at 123 W. Allegan Street and was constructed in 1959. The building has been vacant since 2016. Lansing city council will receive and refer the plan to its committee on development and planning Monday, July 22, 2019.

The Lansing Brownfield Redevelopment Authority (LBRA) and the City of Lansing are working with the Boji Group to redevelop the property. Boji Group, LLC (Boji) is a Lansing headquartered real estate development, property management, and construction management firm with more than 25 years of real estate experience.

The $20 million investment in the Farnum Building will overhaul the current building conditions to revive the building into Class A office space. The rehabilitation includes interior demolition, asbestos abatement and infrastructure improvements of the existing office building. The project is anticipated to create approximately 50 construction jobs. Upon completion it is anticipated the building will attract and retain tenants to the City employing an estimated 200 people.

“I am excited to see the Farnum building rehabbed and put back into use. As a legislator, I was proud to pass the bill allowing for its sale so it would no longer be vacant, and now I’m excited as Mayor to help make it actively used once again. The plan we are putting forward to City Council will ensure this does not become a blight in our downtown, and will be part of our Lansing Forward plan to grow the City of Lansing,” said Lansing Mayor Andy Schor.

To overcome the high cost of environmental remediation, demolition and asbestos abatement the Boji Group has asked the LBRA and the city of Lansing to approve a Brownfield Redevelopment Plan. The approval would allow the LBRA to use the completed development’s new property taxes to reimburse eligible brownfield costs the developer will pay for at the beginning of the project. The LBRA will collect these future taxes paid by the Boji Group on the Farnum building and reimburse the developer over the next 21 years for an estimated $2.8 million of their previously incurred brownfield costs. No other sources of revenue will be used to reimburse the developer except the new taxes paid by the Boji Group as a result of the property being redeveloped. With its status as functionally obsolete, no property tax is currently levied on the property.

“LEAP is excited to be working with Boji and the city of Lansing to refresh the economic impact of a blighted property right in the heart of the State—downtown Lansing,” said Bob Trezise, President and CEO of LEAP. “This project works to reactivate a space in a critical and very visible area of the city, it generates new income for the city and brings new jobs along with it!”

The LBRA has already approved the Brownfield Redevelopment Plan and has forwarded the plan to the Lansing city council for consideration. With review by the city’s committee on development and planning, the approval process will include a public hearing tentatively scheduled for Aug. 26. Final consideration of the plan by city council is expected to occur on Sept. 9. With council approval, the project should commence shortly thereafter.