Entrepreneurship in Bahrain with Zayed Al Zayani, Minister of Industry, Commerce and Tourism in Bahrain 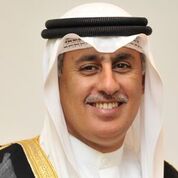 Hosted by Tomas Hult, this segment of the globalEDGE Business Beat captures the entrepreneurship and sustainable development viewpoints in the Kingdom of Bahrain by Zayed Alzayani, Minister of Industry, Commerce and Tourism in Bahrain. Tomas Hult is Professor and Byington Endowed Chair in the Eli Broad College of Business at Michigan State University.

Zayed bin Rashid Al Zayani has been Minister of Industry, Commerce and Tourism since December 2014. Prior to his appointment, he led his family business as the Chairman of Al Zayani Investments, Euro Motors, Zayani Motors, Zayani Leasing, Zayani Properties, Al Zayani Industries, and Orient Motors and Managing Director of First Motor and Chairman of the Bahrain International Circuit (BIC) until 2016. Bahrain is an island country in the Persian Gulf. The sovereign state comprises a small archipelago centered around Bahrain Island, situated between the Qatar peninsula and the north eastern coast of Saudi Arabia, to which it is connected by the 16-mile King Fahd Causeway. The country has some 1.4 million people. The GDP per capita is about $52,000.