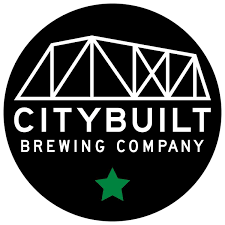 Bridge Blast 2022 Shuts Down Sixth Street Bridge With Six Bands And Twelve Michigan Breweries
Grand Rapids, Mich (May 6, 2022) – City Built Brewing Company approaches their fifth-anniversary celebration with the same enthusiastic gusto for which their beer and food have earned a reputation. On Saturday, June 11, from 3-11 p.m., Bridge Blast 2022 will be hosted on Sixth Street Bridge in downtown Grand Rapids. With an extraordinary twist from their previous Bridge Blast event, this year will be filled with live music, multiple food trucks, and a dedicated beer fest on the bridge featuring 12 Michigan breweries. The event will be free to the general public.“Bridge Blast 2022 is shaping up to be a most epic 5-year celebration and party, and it’s benefiting The Grand Rapids Public School Foundation,” says Edwin Collazo, owner of City Built Brewing Co. “When I started City Built, I partly did so to celebrate the sometimes forgotten and overlooked cultures of Grand Rapids. This event will be doing that in spades with the music, good food, and the raising of pints from the various breweries we’ve invited to celebrate with us from around Michigan.”The GRPS Foundation is an independent non-profit with the primary goal to raise, grow, and steward funds and other community resources to support the Grand Rapids Public Schools for the benefit of the students."What could be better than having a beer in hand, a killer band on stage all while surrounded by loved ones…sitting next to the river on a beautiful day as the sun sets. All while knowing your money is supporting GRPS,” says Kurt Schmiege, GM and Events Manager at City Built Brewing.The event will host a wide array of offerings, including Beerfest On The Bridge from 3-7 p.m. Tasting tickets will be available for purchase to sample the beers of several Michigan breweries including City Built Brewing Co., Transient Artisan Ales, Watermark Brewing Co., HOMES Brewery, Ascension Brewing Co., Batch Brewing Co., Rake Beer Project, Speciation Cellars, Drafting Table Brewing Co., Arvon Brewing Co., Barrel + Beam, and Wax Wings Brewing Co.Live music will be staged on the North Monroe entrance to Sixth Street Bridge from 3-11 p.m. Local musicians include: Biomassive, J. RoB x Bedrock, The Elijah Russ Collective, Cosmic Knot, Nathan Walton & The Remedy, and Goat Trip. The music events are free to the general public. Food trucks will be situated throughout the event with Street Chef Shaw, Tamales Mary, and The Spot Food Truck. City Built’s taproom will also be open serving their full food and drink menu. “I love that CB flexes with some killer outdoor shows from time to time, and this is our biggest flex of the year,” says Schmiege. “I'm honored to have the opportunity to book the bands to be the voice of our Anniversary Party. We will bring funk, rock, hip hop, soul and world beat drums. Every band that plays will crush the pocket and drop danceable grooves all day. Everything we booked is high energy and as diverse as our beer portfolio."