Chris Holman catches up with Carol L. Cain, CBS 62 Senior Producer & Detroit Free Press Columnist and Host of Michigan Matters, Detroit for a periodic update of perspective from the city.

In their discussion they review the recent passing of their friend and frequent Michigan Matters participant L. Brooks Patterson, through his career and impact on organizations such as Automation Alley.

To hear Carol and Chris's latest discussion, please click play on the PodCast below. 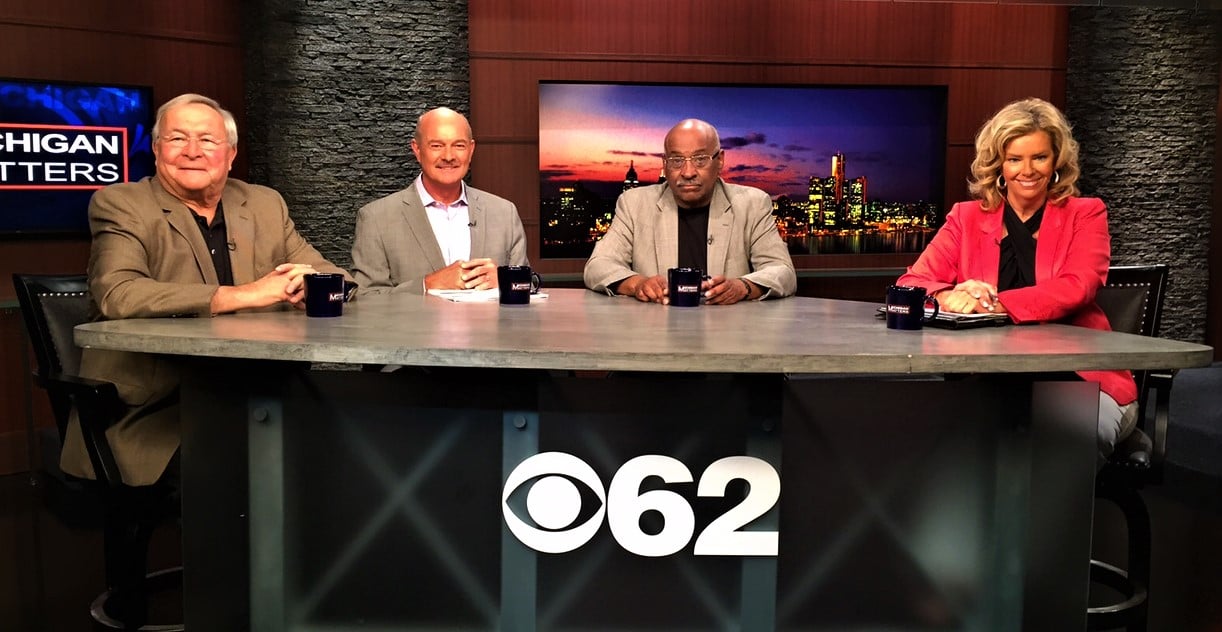 From there the discussion moved into international connections, and how Michigan's ties to China remain strong despite trade war. Once again, table tennis helped illustrate the important role Detroit has played in Chinese-American relations.

For further perspective from Carol on the Michigan/China connection here is a portion of her report in a recent edition of the Detroit Free Press:

State Rep. Cynthia Johnson and Chinese Consul General Zhao Jian had a friendly game earlier this month at the Coleman A. Young Municipal Center during an event to celebrate the 40th anniversary of diplomatic ties between the U.S. and China.

It was 47 years ago when a series of table tennis exhibitions were held in Detroit, Ann Arbor and other cities. Known as “ping-pong diplomacy” it showcased world-class table tennis players from the United States and the People's Republic of China.

The Chinese government had invited the American team to visit. It marked the first time Americans were formally invited to the country since it adopted communism in 1949.

President Richard Nixon then visited Beijing in 1972. Two months later, the Chinese team landed in Detroit and played friendly matches in the Motor City and other cities. Ultimately, diplomatic relations were established on Jan. 1, 1979.

The Detroit China Day event was held Sept. 13 to celebrate that anniversary. It was hosted by the City of Detroit along with the North American Chinese Coalition as leaders from Detroit, Lansing, Chicago and a delegation from Chongqing were on hand.

“In these 40 years we have achieved greatly in economic trade cooperation. Detroit and Michigan played very important roles in the years leading up to the normalization of our bilateral relations,” Consul General Zhao, who was named to that post earlier this year. Zhao, based in Chicago, oversees several Midwest states including Michigan.

The upbeat event was in contrast to the high-profile trade war between Washington and Beijing. To encourage Beijing to reform its trade practices, the Trump administration has imposed import taxes on billions of dollars worth of Chinese imports. China has retaliated.

Those working to grow deeper ties between China and Michigan offered thoughts on the tensions and their impact.

“Certainly the U.S.-China trade conflict has an impact, but I wouldn’t go so far as to say strife,” said Jeff Mason, CEO of Michigan Economic Development Corp. “Still, the impact is noticeable. Chinese business investment into the U.S. dropped 90% in 2018 after peaking in 2017, which is a direct result of tensions.” For the rest of this article....