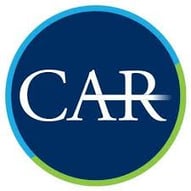 Automotive supply chains have garnered a lot of attention of late. Beginning in early 2020, disruptions resulting from the global COVID-19 pandemic thrust them into the spotlight. More recently, they’ve drawn attention for the worldwide semiconductor shortage, first reported in late 2020 and again with ongoing COVID lockdowns in China. As a result, questions regarding supply chain interruptions have become commonplace at press conferences and investor events – and expected – for automakers and suppliers.

However, we’re not suggesting that this added scrutiny is misplaced. After all, essentially, the entire industry continues to grapple with the lingering effects of global semiconductor shortages. Furthermore, disruptions have been further exacerbated by other factors, including the fire at Renensas’ Japan facility, in March 2021; severe weather in the Southwestern United States in February 2021; flooding in Malaysia in March 2021; as well as, most recently, surging commodity prices, and global repercussions from the War in Ukraine (see our Feature Story, dated 9 May 2022, https://www.cargroup.org/economic-outlook-2022/).

The direct impact of chip shortages has been both universally felt and substantial. For example, IHS Markit estimates that the chip scarcity issue has contributed to more than 10 million units of lost global vehicle production since the problem began in late 2020. Also, virtually all publicly-traded automakers and suppliers still cited chip shortages as adversely impacting financial results during the first quarter of 2022.

However, indirect and other impacts have been substantial as well. The combined effects of COVID lockdowns and Russia’s war on Ukraine have also contributed to spot shortages, for example of windshield wiper motors (Ford) and wiring harnesses (VW), among other vital components (too numerous to mention here) relied upon by automakers globally. Taken together, IHS Markit estimates that global light vehicle production has been impacted by approximately 3.8 million units to date by other parts shortages.

The impacts are becoming increasingly difficult to quantify, in our view. For example, automakers are redesigning chips for substitution whenever possible, paying premiums in some in some cases to expedite delivery, allocating chips to their most profitable vehicles – and adjusting their production forecasts correspondingly. Auto suppliers are also responding similarly on behalf of automakers.

However, we find some reasons for optimism, including less volatile production schedules forecast by automakers during the second half of 2022. Several automakers, including Mercedes, BMW, Ford and GM, recently assured investors in fact that they remain on track with plans to accelerate production through the remainder of 2022. Also, newly announced Chinese government purchase incentives, intended to boost light vehicle demand throughout China, would be illogical, in our view, if government planners didn’t find some good cause for optimism concerning chip supply.

As chip availability continues to improve, a potentially more pressing issue for the supply chain going forward, however, is price relief from surging commodities. Commodity input costs have severely impacted supplier profitability (compounded by uneven, sometimes erratic, and constrained production volumes), in some cases with supplier margins dropping below their cost of capital during 2021 and so far year to date.

It’s naïve to think there is a single answer to drastically higher raw materials costs, in our opinion, when average transaction prices are already at all-time highs of over USD 44,000 and several economic indicators are flashing warning signs of possible recession. Automakers and suppliers will therefore have to continue working together to address this critical issue later this year – and some price relief appears to be coming (and assumed by investors) – but we believe that more work is likely required. Strategic considerations for product portfolios, e.g., dropping unneeded and marginally profitable vehicle options, more shared investment among automakers and the supply chain, and real-time data technology solutions may be required. Importantly, price relief for suppliers also appears uneven so far, benefiting suppliers with size and scale, or leverage via advanced technology, compared to smaller players within the supply chain. Therefore, a more comprehensive approach to price relief is likely required as well.

Commodity prices show some weakening signs. However, they remain volatile and forecasting is difficult. Furthermore, if the problem goes unchecked, i.e., without meaningful and lasting price recovery, at best, suppliers would be disincentivized to innovate (for important BEV and AV launches ahead), or, at worst, may be unable to do so.

In our view, systematic price relief, including clearly articulated strategies to “pay for it,” could help signal investors, who remain wary, that the automotive industry is not behind the curve, so to speak. Many automakers are already demonstrating strategic vision concerning BEVs were rewarded for it until the significant stock market corrections earlier this year – and could be rewarded again for supply chain vision and leadership. Furthermore, without more effective strategic actions to address surging commodity input costs, questions – and additional scrutiny – will likely persist among the media and investors. 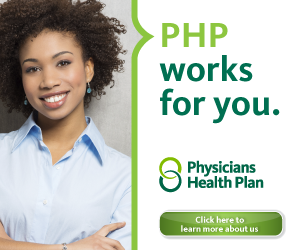