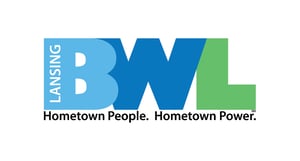 The Lansing Board of Water & Light (BWL) is preparing for rolling blackouts that could be imposed this summer by the regional power grid regulator because of energy shortages outside of BWL’s service territory.

The Mid-Continent Independent System Operator (MISO) is the regional regulator which oversees the power grid for all of a portion of 15 states, including Michigan. MISO recently warned of the possibility of energy shortages this summer during times of peak demand when the weather gets hot which could result in “load sheds,” or rolling black-outs. Load shedding is the deliberate shutdown of electric power in a part of a power-distribution system, generally to prevent the failure of the entire system when the demand strains the capacity of the system.

“The BWL has a legacy of generating plenty of energy to supply our customers, however, if directed by MISO to load shed, we’ll be required by law to follow instruction,” said BWL General Manager Dick Peffley. “We’re just as frustrated as customers will be at the potential for these black-outs, however, there’s, unfortunately, nothing within our control to prevent these from happening. I’m frustrated that despite BWL’s successful strategic planning for our energy needs, our customers still potentially face the consequences from the lack of power resources elsewhere.”

The BWL will have 30 minutes after being notified by MISO to begin shedding load. If load shedding is required, customers can expect outages to last approximately 20 minutes. BWL will issue a general statement, however, customers would not receive advance notice of their outage for security reasons. Critical services such as hospitals and emergency responders would not likely be impacted.

“We hope to minimize the impact to our customers as best as possible, but we’ll need their support to reduce their energy impact,” said Peffley.

To reduce energy demand and help prevent blackouts, customers can conserve energy to assist in preventing black-outs by doing the following:

MISO suggests the leading reasons for the energy shortage include electric production facilities retiring, an increase in energy usage from the pandemic, and expected higher summer temperatures.