Two new vulnerabilities recently surfaced in Bluetooth Low Energy chips in access points and networking deivces used by Cisco, Meraki, and Aurba. One of the vulnerabilities utilizes a loophole in how the chips analyze incoming data. The second vulernability can allow an attacker to push out a malicious update to an access point which would give them control over the device. Patches have been released, but this is only the beginning of vulnerabilities to come.

Have you ever found a pair of glasses online and wanted to try them on before you actually bought them? While some companies like Warby Parker allow you try the glasses on at home and return the ones you don’t want to keep, other companies like Michael Kors are using augmented reality to achieve the same concept. Michael Kors is the first brand to utilize Facebook’s AR ads in news feeds to allow consumers to virtually try on glasses.

Segment 3
Most companies using AI say their No.1 fear is hackers hijacking the technology, according to a new survey that found attacks are already happening
https://www.businessinsider.com/deloitte-survey-biggest-risks-of-artificial-intelligence-2018-10

While many companies are using AI to take their businesses to the next level, many companies are fearful hackers hijacking the technology. A study by Deloitte said that of the 1100 US companies surveyed, many had already experienced a security breach concerning their AI technology within their companies. Some of these breaches were of compromised or manipulated systems. 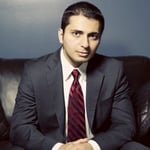 Segment 4: Guest Speaker John Mashni
John Mashni is an Associate at Foster Swift Collins & Smith PC in Lansing, Michigan. John has a strong focus in tax, entertainment, intellectual property, and technology law (among other areas). Today, we have John joining the Bottom Line IT Podcast to discuss technology and cybersecurity trends.
https://www.fosterswift.com/professionals-John-Mashni-Attorney.html

You’ve probably heard that public WiFi can be dangerous – especially if you are working on confidential or business-related tasks. Open networks mean just that – they are open for anyone and everyone to poke around on. Not every coffee shop has a protected network. John Mashni joins ASK in discussing the dangers of working off of public WiFi networks and what kind of risks it could bring to your entire company.

KrebsOnSecurity predicted it a year ago that the new offering by the USPS called “Informed Delivery” had security risks. Turns out they were right. An incident in September led to the arrest of seven people accused of racking up $400,000 in unauthorized credit card charges. The incident is connected to the Informed Delivery offering from the USPS.