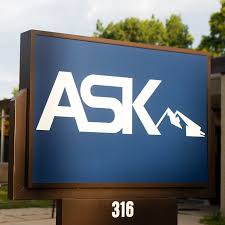 On this episode podcast of Bottom Line I.T. with Amy Mumby and Erik Jacobsen address the latest in I.T. news including Two-Factor Authentication and Aibo's dark side. Take listen for a whole lot more!

There are many changes coming to Microsoft with Windows 7 and Server 2008 R2 end-of-life support, along with the transition of end-of-life for Skype. While there are a few things going away, you better believe that Microsoft has better tools to replace them with. Microsoft Teams is still fairly new, but within its short two years, it’s already making big waves and making Slack users just a little bit jealous with its features!

Segment 2
Two-Factor Authentication: Who Has It and How to Set It Up
https://www.pcmag.com/feature/358289/two-factor-authentication-who-has-it-and-how-to-set-it-up

Segment 4
The FTC just came down hard on those annoying robocall operations
https://mashable.com/article/ftc-robocalls-fake-phone-calls/?utm_campaign=hp-r-2&utm_source=internal&utm_medium=onsite#yMpUo5uaSiqr

Chances are you’ve experienced robocalls – if you haven’t then we want to know what your secret is! The FTC announced on March 26th that they are making it a priority to crackdown on the billions of illegal robocalls. The FTC and four call organizations reached a settlement that bans them from doing more telemarketing scam calls. Maybe we can start answering our phones when an unknown number appears without it being a scam call on the other end…

Dogs are known to be man’s best friend. But let’s be honest, with dogs come shedding, chewing on You can kiss dog hair away with this puppy! No pun intended. Have you heard of Sony’s robot dog? Apparently this robo-dog can “learn its environment and develop relationships with people”. This robo-dog, however, is banned in Illinois due to the state’s Biometric Information Privacy Act since the robot can scan human faces.

This was certainly a biggie in the world of cybersecurity news. Through a malicious email attachment, the hackers had access to the entire network. This led to a ransomware infection and just a complete mess for the company. Weeks have gone by and the company has still not recovered.